A rundown of gCaptain’s 50 most viewed stories from 2014. Enjoy!

The Frying Pan Tower B&B is a former U.S. Coast Guard Light Station located 32 miles south of Bald Head, North Carolina and, in July, it took a direct hit from Hurricane Arthur. The owner was aboard to capture video of the storm.

On 26 May 2014, a Chinese fishing vessel chased down and ran over Vietnamese fishing boat off the coast of Vietnam, approximately 17 nautical miles from where China’s Haiyang Shiyou 981 drilling rig was operating.

The MV CSCL Globe was delivered by Hyundai Heavy Industries to China Shipping Container Line in November. With a TEU capacity of 19,000 TEUs, the ship – one of five in the same series – beat out Maersk Lines’ 18,000+ TEU Triple-E’s for the containership with the highest cargo carrying capacity, but it is unlikely that the record will be held for long.

Cameras rolled as a SWATCH-hulled pilot boat in Emben, Germany made its approach just a little too hot.

Kenyan President Uhuru Kenyatta sent a message to drug smugglers by making a big spectacle out of blowing up the ship at the center of a record-breaking drug bust at the port of Mombasa. Drugs are bad.

The Brig Unicorn, an iconic two-masted, square-rigged tall ship famously featured in the Pirates of the Caribbean movies, sank off Saint Lucia in May.

In February, strong winds caused the 8,700 TEU containership Maersk Laberinto to collide with another Maersk containership, as well three cranes, causing millions of dollars in damage.

Everything you ever wanted to know about the (former) world’s biggest containerships.

A SUNY Maritime College cadet used his GoPro camera during this year’s Summer Sea Term to capture the training ship underway from a very unique perspective.

37. Captain Shows How Not to Overtake Another Vessel You can’t make this stuff up.

That’s the Captain on the bulbous bow… not naked.

Greenpeace was back to their same old antics this year, this time off the Canary Islands.

31. Video: This Is What Happens When You Don’t Properly Secure Your Ship

An amazing video shows the moment Team Vestas Wind crashed their 65-foot racing yacht into a charted reef in the middle of the Indian Ocean during the Volvo Ocean Race.

27. Video: The Easy Way to Offload Timber from a Ship

Some new video posted to Youtube gave us the first good look at the massive Pieter Schelte, a unique catamaran-like vessel that will soon be used to remove decommissioned oil rigs in the North Sea.

What an amazing feat of engineering.

24. GoPro Video From Inside a Sinking Ship

22. Luxury Yacht Runs Aground in Brazil

18. Out of Control Tug Slams Into Dock and Keeps on Truckin’

In October 2013, American ship captain, Captain Wren Thomas, was kidnapped by Nigerian pirates after they stormed his vessel, the Edison Chouest Offshore vessel ‘C-Retriever’. In this exclusive interview with gCaptain’s Rob Almeida, Captain Thomas tells the amazing story of the kidnapping and 18-days of captivity in drug-filled pirate lair.

In March, The Russian Navy intentionally sank the Kara-class cruiser, Ochakov, at the entrance to Lake Donuzlav in order to block Ukrainian Navy ships.

12. Cameras Roll as Hansa Containership Runs Aground in Hong Kong

11. How Many Shipping Containers Are Really Lost At Sea?

In June, the World Shipping Council released an update its figures first released in 2011, which have been widely accepted as the best estimate for how many containers are really lost at sea each year. While it’s not the 10,000 commonly quoted by the media, the real number may surprise you.

The MOL Comfort disaster continued to make headlines in 2014 with the Investigative Panel on Large Container Ship Safety, set up to investigate the incident, releasing its final report in September. 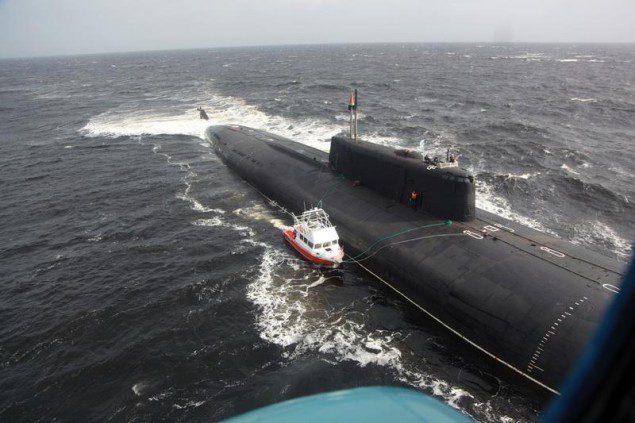 Lifeboat accidents are no laughing matter, but it was hard not to on this one.

5. Helicopter Goes Down While Flying to Transocean’s Jack Ryan Drillship

In May, a service helicopter carrying workers to Transocean’s ‘Jack Ryan’ drillship off the coast of Ghana crashed into the ocean, killing four people.

The Spanish-flagged MV Luno split in two after becoming pinned against a breakwater in southern France. It was all captured on a 4-minute video.

Makes you seasick just watching this.

1. Video Captures Epic Collision Between Laden Containerships in the Suez

Cameras rolled as two fully laden containerships, the MV Colombo Express (right) and MV Maersk Tanjong, collided in the north end of the Suez Canal. Nobody knows what really happened, but the leading theories are bank effect, a stuck rudder, or payback over a pack of stolen smokes.