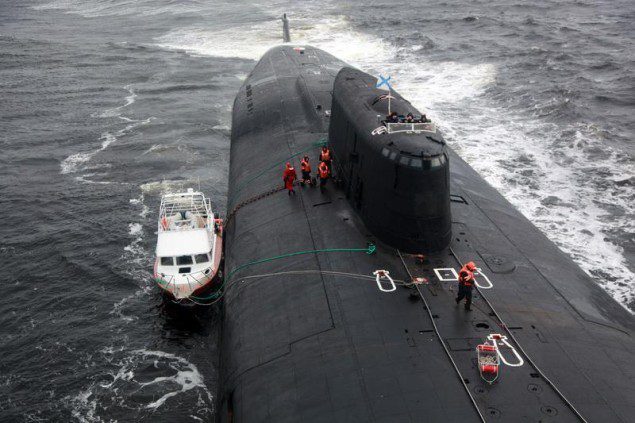 A group of civilian mariners got the surprise of their lives this Sunday when a giant Russian nuclear submarine came to the rescue after they had sent out a distress signal.

According to the Russian Ministry of Defense, sailors aboard the small craft “Barents 1100” sent out a distress signal on Sunday afternoon when they found themselves in the middle of some severe weather while in the White Sea.

To their surprise, the Oscar-class cruise-missile submarine “Voronezh,” belonging to the Northern Fleet, happened to be right in the vicinity and was on hand to provide assistance. After coming alongside the small craft, the crew of the Voronezh transferred the five sailors aboard the sub, and took the Barents 1100 in tow.

Unfortunately, the severe weather caused the Barents 1100 to break free, but the sailors were eventually transferred unharmed to the port of Severodvinsk.