By Henry Meyer and Jake Rudnitsky (Bloomberg) — President Vladimir Putin accused the U.S. of involvement in what he termed a “provocation” by a British destroyer in the Black Sea last...

Russia and U.S. Warships Clash in Row Over Waters in Sea of Japan

MOSCOW, Nov 24 (Reuters) – Russia said on Tuesday one of its warships caught and chased off a U.S. destroyer operating illegally in its territorial waters in the Sea of... A Russian Navy ship made an aggressive approach on a U.S. Navy Arleigh Burke-class destroyer in the Arabian Sea on Thursday, the Navy’s Fifth Fleet said in a statement. Russia... The U.S. Coast Guard is alerting mariners to the possible presence of a Russian surveillance ship that has been conducting unsafe operations off the southeastern coast of United States. According...

by Tom Balmforth, Andrew Osborn (Reuters) – Russia will begin a major naval exercise in the Mediterranean on Saturday, the Ministry of Defense announced, a move the Kremlin said was justified...

by Anton Zverev (Reuters) – Sources close to the Russian military said on Thursday that Russian naval forces in the Black Sea had been put on heightened alert to discourage... How To Avoid A Naval Cold War In The High North

By James Stavridis (Bloomberg) In the classic Cold War novel (and fine 1965 film) “The Bedford Incident,” a U.S. destroyer on a NATO mission tangles with a Soviet submarine in the frigid...

by Manuel Mogato (Reuters) Russian navy vessels arrived in the Philippines on Thursday for joint exercises as part of a drive for new security ties under President Rodrigo Duterte’s revamped foreign... By Andrew Osborn and Simon Johnson MOSCOW/STOCKHOLM, Oct 26 (Reuters) – Russia is sharply upgrading the firepower of its Baltic Fleet by adding warships armed with long-range cruise missiles to... Britain Watches as Russian Warships Sail Past Coast for Mediterranean

(Bloomberg) — U.K. warships are monitoring a Russian aircraft-carrier group sailing past Britain’s eastern coast to the Mediterranean Sea to supplement President Vladimir Putin’s forces in the region, as international... 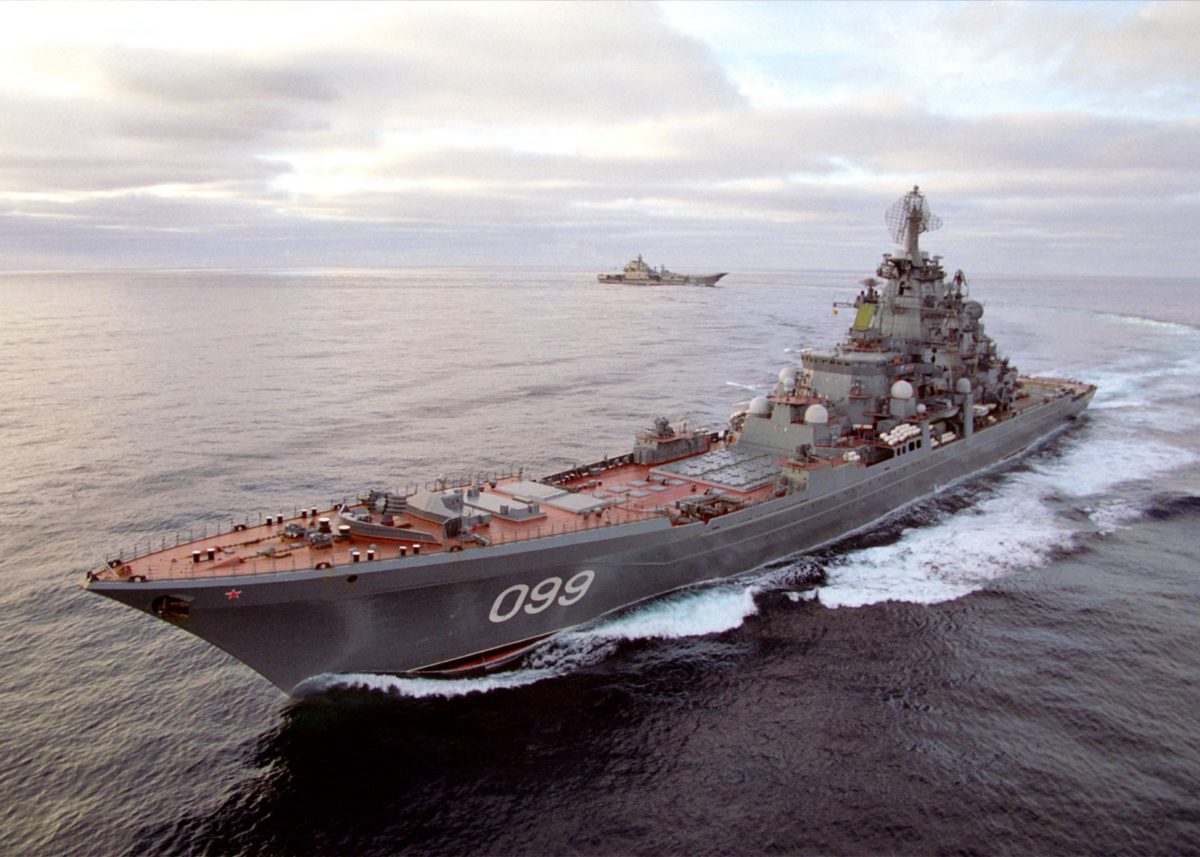 Listen: Is The Age Of Aircraft Carriers Over?

The United States 10 times as many aircraft carriers as any other country. So why don’t more countries have more carriers? Maybe they aren’t such a great idea, anymore. By... A squadron of Russian warships entered the English Channel on Friday but a NATO official dismissed a Russian media report that they were there to conduct military exercises.