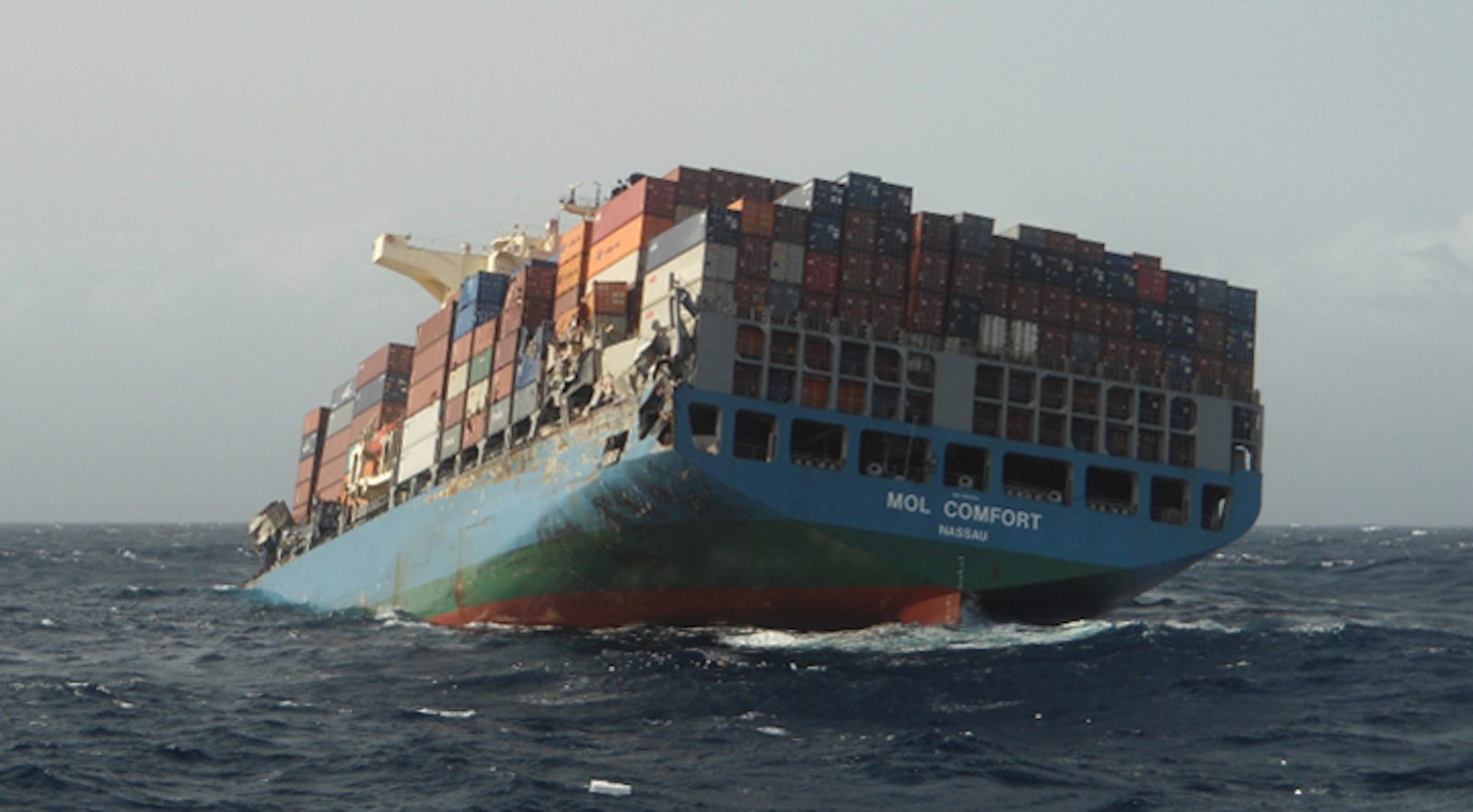 On June 17, 2013, Mitsui O.S.K. Lines’ 2008-built MOL Comfort began suffering from severe hogging and broke in two while underway from Singapore to Jeddah with a load of 7,041 TEUs, or 4,293 containers individual containers. The crew escaped in life rafts and were picked up by another merchant vessel. The stern section was never recovered and sank some 10 days later. The bow section was towed most of the way towards the Arabian Gulf, but eventually burst into flames and sank. Here is a collection of photos of the incident. 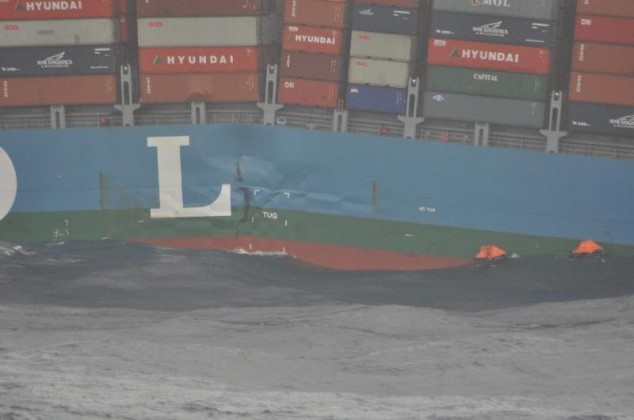 On June 25, Sri Lanka Shipping company’s tug, M/V Capricorn, connected to the bow section and commenced towing to the Arabian Gulf. Tugs were never able to connect to the stern section. On June 27, the stern section began taking on water and sank with an estimated 1,700 containers and 1,500 metric tons of fuel oil. These photos sent to gCaptain were taken over a five minute period. 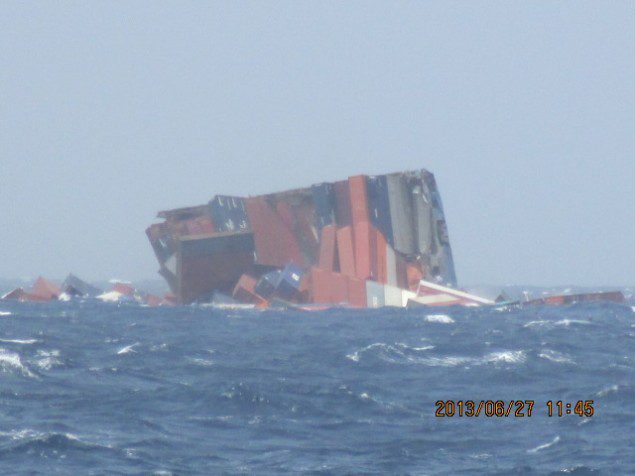 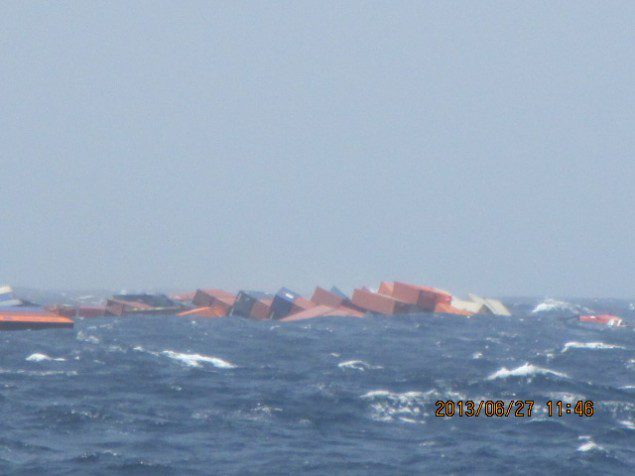 On July 2, the MOL Comfort’s bow section broke free from its towing wire while in adverse sea conditions. Crews were able to reconnected and continue towing. Four days later, Mitsui O.S.K. Lines reported that on July 6, a fire broke towards the rear of the bow section, and fire fighting efforts commenced. 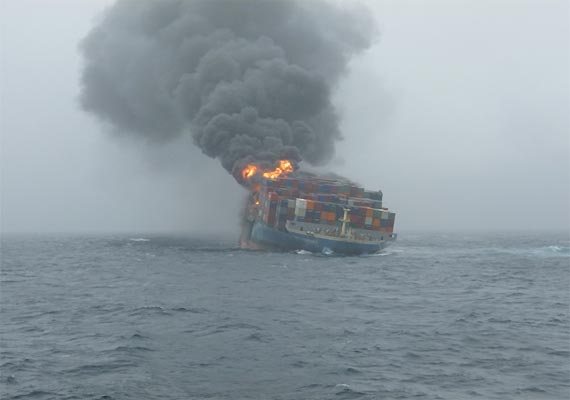