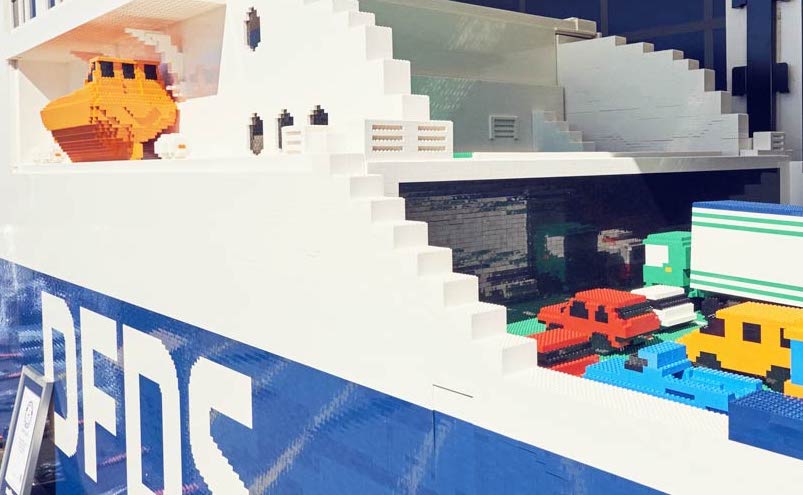 Two weeks & over a million bricks built by 7,000 people in 21 countries all over DFDS culminated in an official Guinness World Record for Largest LEGO Ship (supported by... Here’s a time-lapse showing the building of the Lego-version Stena IceMAX drillship at LSME (that’s Lego Shipyard and Marine Engineering). The video is the second from creator Andrew Mcalpine, following... Check out this awesome time-lapse showing the construction of a Triple-E (lego kit) at the LSME shipyard (that would be Lego Shipbuilding & Marine Engineering). A (semi) secret government operation quietly wrapped up in April to build what some are calling the US Navy’s coolest structure, a research facility for the development of autonomous... Giant Lego Man Is At It Again….

The mysterious 8-foot tall lego man is at it again, this time appearing on a Sarasota, Florida beach sporting a t-shirt saying “no real than you are”. The rumored origins...

This weekend gCaptain attended MakerFaire San Francisco, an annual event that brings hobbyists and tech enthusiasts together to share their creations. In all we were disapointed with the relative low...

We have covered many maritime LEGO creations in the past, including a rather impressive Aircraft Carrier, and have even been told of a mystical all LEGO port in Carlsbad California...

UPDATE: A third mystery lego-man has washed up on a beach in Florida.  What is happening!  Read here for the update!! ORIGINAL: To the delight of children in the area,...

The Ultimate Christmas Gift For A Future Mariner

With a 5m LOA (nearly three times larger than G.I. Joe’s Carrier) Gizmodo brings us the World’s Largest Toy Aircraft Carrier: “an absolutely enormous Lego aircraft carrier. Made from over...