By Tom Westbrook SYDNEY, Jan 24 (Reuters) – The South Pacific nation of Tonga has been all but cut off from the internet this week after an undersea cable connecting... Swire Pacific Offshore (SPO), a Singapore-based leading service provider to the offshore oil and gas industry, is upgrading to Inmarsat’s FleetBroadband (FB) Unlimited plan. The “all-you-can-eat” service will be provided... 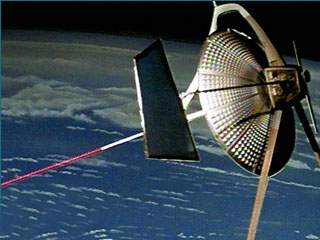 gCaptain readers struggling with slow internet connectivity at sea will be excited by recent news from the Virginia-based company Laser Light.  The company is planning to launch the world’s first commercial satellite... Is your ship still relying on text-only emails sent via the GMDSS terminal. Most still are but this is a truly antiquated way to run a fleet of ships, especially... Do you have access to gCaptain both on land and at sea? If you answered no then space communications consulting firm Euroconsult has good news. On Friday, they released new figures... For Shipping Industry, Social Media Is Here To Stay [REPORT]

Marine and offshore e-marketplace, ShipServ, this week released the results of its annual Internet Use in Shipping Survey at the SmartShipping conference in Singapore. This year’s report revealed that the... Between my house and gCaptain HQ is a dead zone that sucks the bars out of every cell phone I’ve owned. That is until a friend suggested a MobilePro Cell Phone... Part two in our series on Breaking Free Of Corporate Internet looks at long range wireless internet. Everyone is familiar with this technology, plug a Wi-Fi router into your broadband... gCaptain’s growth has been phenomenal and we have you, the reader, to thank! But no matter how good our content is, no matter what we do to support our readers...

Wired Science brings us news of MBARI‘s Eye Of The Sky, the world’s first deepwater webcam: The first deep-sea webcam was successfully installed on the floor of California’s Monterey Bay...

1.2 Gbps Bandwidth Via Satellite – Possible But Will It Be Available At Sea?

Here at gCaptain many of our readers browse the site via slow shipboard internet connections so we spend a considerable amount of time attempting to make the site bandwidth friendly....

A French team of engineers on board the cable repair ship Raymond Croze have begun to repair the underwater cables that were severed late last week in the Mediterranean.  The...

Our friends at Panbo bring us a sneak peek at KVH‘s ultra small broadband satellite antenna for ships. They write: Yup, at not much bigger than a Halloween goody bucket,...

No it’s not Broadband RADAR but… We have some exciting news from the team at KVH Industries. Here’s a clip from their press release: Taking a major step toward expanding...

We don’t usually publish press releases on gCaptain but we can’t help to be excited by new solutions for offering “High” Speed internet at sea. Marine Norway points us...