STAMFORD – For the first time in their 113-year history, Tokyo-based classification society ClassNK has announced growth via acquisition. At the Connecticut Maritime Association Shipping 2013 Conference, ClassNK and Portland,... By Tom Guldner, President of Marine Firefighting Inc. What measures are in-place to protect them and prevent emergencies aboard LNG ships and at LNG facilities.? Let’s start with a little history of... The US Coast Guard’s Office of Investigations and Casualty Analysis has released a compilation of the past 4 years of maritime and offshore safety alerts, safety advisories, and lessons learned... While in Hamburg, Germany last month I sat down with Henrik Uhd Christensen, the Chief Executive of VIKING Life-Saving Equipment, a familiar brand to many who work on ships and offshore... – By Captain Rich Madden It’s 0-dark-30 somewhere in the Gulf of Aden and we are Eastbound in the Internationally Recommended Transit Corridor (IRTC).  To the North, off the port...

Video training has long been an effective tool for companies to help share information with mariners. I say companies because video training programs, while effective, are often too costly for... PRESS RELEASE – The NYK Group has completed its winter Sail on Safety campaign, which ran from December 1, 2011, through January 31, 2012. NYK carries out the campaign every... 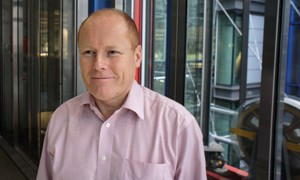 Lloyd’s Register – How to Pass the Survivability Test In an ideal world, shipping companies would give captains a blank check to purchase all the latest equipment and materials to help make their ships safer, however considering the financial... The Importance Of Marine Safety Data

– By Rear Admiral James Watson, USCG Marine safety and environmental stewardship are closely associated when you look closely at the Coast Guard’s marine investigation data for a period of time,... Standing on the bridge wing of a container ship years ago, a captain was telling me all about the Williamson Turn and how effective it was at putting his massive... LONDON—BP PLC vowed to hold itself to a higher set of deepwater-drilling standards than those already prescribed by U.S. authorities, as the U.K. energy giant aims to assure regulators it...

In the world of gCaptain coverage we tend to favor cutting edge technology over quality products that mariners have relied on for decades. But why? The truth is, we rely on old,... The IMO’s Maritime Safety Committee (MSC) has just completed its 89th session held at the organization’s London headquarters.  The session consisted of a packed agenda, however MSC reports that they... DNV: The balance between safety and environmental risk

Oslo: “A downward trend in safety statics creates concerns and it is now time to reinstall the balance between safety and environmental risk. A greater focus on the human elements... The following is the agenda for the IMO’s Maritime Safety Committee’s (MSC) 89th session to be held from May 11 to May 20 at the Organization’s London Headquarters. Via IMO...