Newport News Shipbuilding has announced a major hiring initiative in collaboration with the Commonwealth of Virginia that will seek to train and hire for thousands of shipbuilding jobs over the... Newport News Shipbuilding could layoff more 1,500 employees by the end of 2016, the company revealed this week. The layoffs were announced in a letter to employees by Newport... 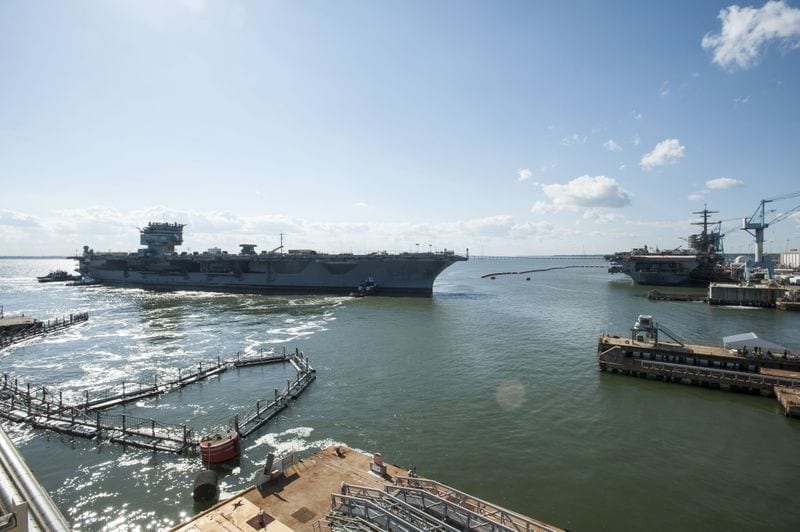 The world’s first nuclear powered aircraft carrier was moved into its birthplace dry dock at Huntington Ingalls’ Newport News Shipbuilding this weekend as part of the ongoing inactivation process. The... With the assistance of tugboats, the Nimitz-class aircraft carrier USS Abraham Lincoln (CVN 72) was relaunched into the James River this week following more than a year-long dry docking period... From the Keel laying to christening, 4 years of constructing the Gerald R. Ford (CVN 78) in 4 minutes. Huntington Ingalls Industries announced Monday a milestone in the construction of the nuclear-powered aircraft carrier Gerald R. Ford (CVN 78) with the addition of the ship's upper bow section. Join the 71,248 members that receive our newsletter.