Nov. 26 (Bloomberg) — A Singapore-based contractor accused of bribing U.S. Navy commanders with cash and prostitutes must be held without bail because of the risk he might try to flee if released, a federal judge said.

“I don’t think that the conditions proposed by the defense provide any real accountability,” Sammartino said at a hearing. “I believe the government has met its burden of proof and Mr. Francis will be retained as a flight risk.”

Francis, a Malaysian citizen, was arrested in September in San Diego. He’s charged with bribing two Navy commanders to help him win contracts for so-called husbanding services his company provides for Navy ships at ports in Southeast Asia. He’s also accused of bribing a Navy criminal investigator for information about an investigation of his company.

The two commanders and the investigator were also charged. The Navy this month suspended access to classified information for two of its top admirals after putting them on leave pending further investigation.

Francis has pleaded not guilty.

Prosecutors argued that Francis has strong incentive to flee if he’s granted bail. He has tens of millions of dollars from running an international business and may face a life prison term if convicted, Assistant U.S. Attorney Robert Huie told Sammartino yesterday. Huie said the $1.1 million bail set for Francis last week by a magistrate judge is “so small that it is virtually pushing him to flee.”

Pat Swan, a lawyer for Francis, repeated his argument from last week that his client isn’t a flight risk. Francis, who has three children who lived with him in Malaysia, came to the U.S. to make a presentation to the Navy knowing that he was being investigated and might be arrested, the lawyer said.

“If he is not allowed to post bail his business will fail, his creditors will take his assets and he will have no money to pay for whatever fine might occur if he is convicted,” Swan said at yesterday’s hearing.

Swan also disputed the claim that Francis’s alleged crimes are punishable by life in prison and said that most defendants accused of financial wrongdoing are released on bond.

“We understand that the government is charging that he overcharged for services but there is no allegation that his business did not provide the services in an exemplary manner,” Swan said.

In addition to a bond and home confinement, the bail conditions proposed by the defense included 24-hour television surveillance, GPS monitoring and a privately hired security guard to ensure that Francis remains in San Diego to face trial.

At the Nov. 21 hearing, Swan told U.S. Magistrate Judge Jan Adler then that Francis had achieved international notoriety as “Fat Leonard” through media coverage of the corruption allegations.

“There isn’t anywhere in the world that he could go that he wouldn’t be recognized,” he told Adler. “However, I don’t know him as Fat Leonard. I know him as Big Leonard,” to which Francis reacted to with a smile from his seat in the courtroom. Court records describe him as being 6 feet and three inches (191 centimeters) and 350 pounds (159 kilograms).

Glenn Defense Marine held Navy contracts for 25 years, with the most recent awarded in June 2011 to provide services to Navy ships and submarines in Southeast Asia, the U.S. said. The company’s services include providing for tugboats, fenders, customs fees, food, fuel, water and trash removal.

Among the government’s allegations is that Francis paid for tickets to the “Lion King” Broadway production in Tokyo and to a Lady Gaga concert for U.S. Navy Commander Michael Misiewicz, who is also charged in the case, in return for confidential information on ship routes. Misiewicz referred to Francis as “Big Brother” or “Big Bro” in e-mails from a personal account, while Francis messaged Misiewicz as “Little Brother” or “Little Bro,” according to a court filing by the government.

Misiewicz has pleaded not guilty.

A second Navy commander is accused of providing classified information to Francis, and the naval investigator is alleged to have collected information on a U.S. investigation into Glenn Defense Marine for Francis. 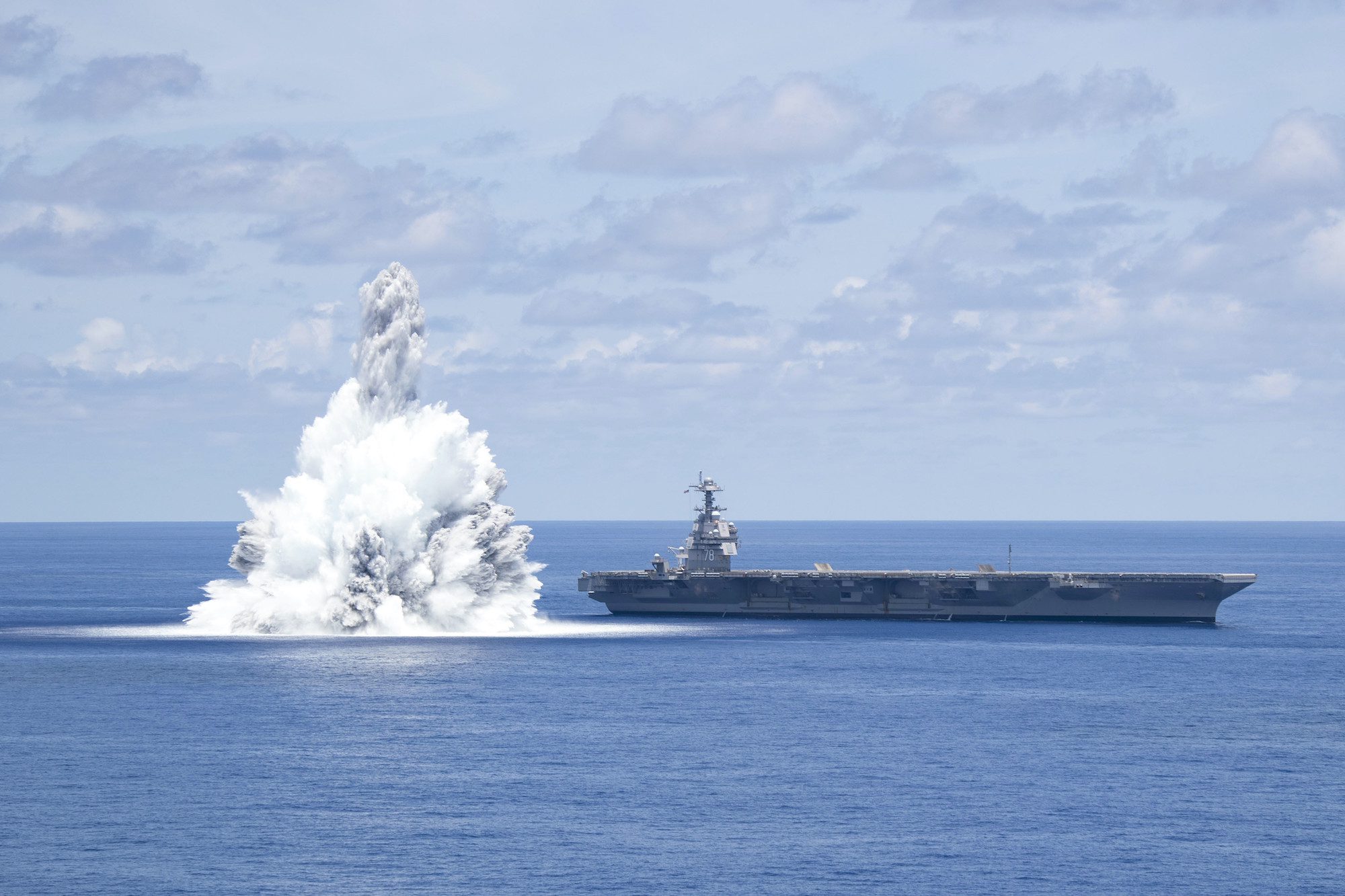