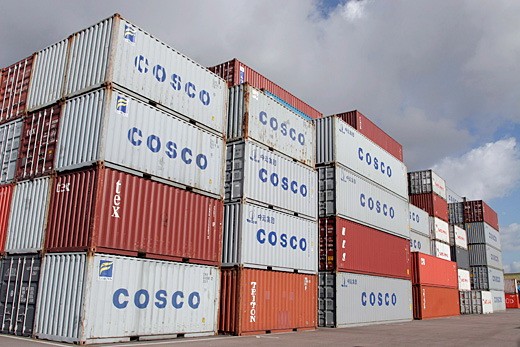 China Cosco Holdings Ltd.’s desire to change the terms of contracts for ships carrying commodities such as coal, wheat and iron ore is common in an industry in which economic cycles often throw long-term deals out of whack.

But people in the industry say Cosco clashed with maritime tradition by unilaterally refusing to pay for its dry-bulk ships without first offering to renegotiate their contracts.

Shipping companies and the ship owners from whom they charter vessels often renegotiate deals when market conditions change or if one party is struggling financially, shipping brokers, analysts and executives say. Waves of renegotiations arose during the commodities slumps of the 1990s and after the fall of Lehman Brothers Holdings Inc. in 2008.

The difficulty of enforcing contracts on the other side of the planet gives parties hoping to renegotiate a contract leverage that doesn’t exist in, say, landlord-tenant disputes.

“If the carrier is tied to a charter contract when the revenue from the freight is less than the cost of the charter, then it’s become not uncommon for parties to make a new deal,” says Dirk Visser, an analyst with Netherlands-based Dynamar BV. There are certainly grounds for doing so now. The Baltic Dry Index, which reflects the price of chartering dry-bulk ships, has fallen to 1537 from above 7000 three years ago.

In English law, which governs many maritime agreements, “a charterer rarely, if ever, has the unilateral right to change the rates agreed just because the market has gone down,” says Philip Roche, a shipping lawyer with Norton Rose LLP in London. But dispute arbitration, as is typically laid out in contracts, is an expensive and lengthy process that can damage or destroy commercial relationships, so disagreements usually are settled, he says.

Paris-based broker Barry Rogliano Salles, whose staff of 35 in China arranges hundreds of dry-bulk cargoes a year, said it is pursuing or has concluded a half-dozen renegotiations.

Late last year, BRS fielded a call from an iron-ore importer that the rate brokered with a ship owner in 2007—$30 a ton for six ships a year from Brazil to China—was too expensive. The total value of the deal was more than $200 million. But market freight rates had tumbled to under $20 a ton. BRS brought the two sides together and, after months of negotiation, cut a new deal for nine ships at $25 a ton.

“It made sense for both sides, nobody put a gun to anybody’s head,” says BRS Chief Executive Tim Jones. “This is common. What is uncommon is the position where there’s no negotiation and one company is saying, ‘This is what we’ll do.’ ”

Cosco, which has about 200 dry-bulk ships under charter and owns 234, this year simply stopped paying fees on some ships it leased before 2009 from Chinese and Greek ship owners, triggering the seizure of three ships and criticism from shipping-exchange managers. Moody’s rating service warned that Cosco’s action could hurt the ability of dry-bulk ship owners to get credit.

Cosco has resumed its payments. “It requires some effort to chase payments” from the shipping company, says Raymond Ching, vice president of ship owner Jinhui Shipping & Transportation Ltd. While Cosco has paid Jinhui, “we cannot deny the fact that they have been delaying payments,” Mr. Ching says. Jinhui declines to say for how long Cosco delayed payment.

Cosco on Friday said it renegotiated deals on 18 ships. Executive Director Zhang Liang said such disputes are “normal,” and the company said its dry-bulk revenue for the first half fell 27% from a year earlier. “Charterers were trying to use the media to make a bigger impact,” Mr. Zhang told reporters.

The container business, which involves carrying 20- or 40-foot steel boxes across oceans, also is subject to charter renegotiations when market conditions change. Chilean container line CSAV Group in 2009 successfully renegotiated with German ship owners to cut rates in exchange for stakes in CSAV. “They had a trump card: ‘If you don’t reduce rates, then we’ll go bust,’ ” says Jan Tiedemann, an analyst with Alphaliner, a shipping consulting firm.

Andrew Galbraith and Neena Rai contributed to this article.