Lambros Papaeconomou is the principal of NYFEX Asset Management LLC, an independent equity research firm specializing in the shipping industry. Lambros has studied Naval Architecture & Marine Engineering at National Technical University of Athens and has an MBA from Haas Business School at UC Berkeley. He lives in Darien, CT with his wife Deborah and their two children, Olga & Dimitris. Lambros is a proud member of Darien Volunteer Fire Department. Less than a month after its largest new-building order and a fully subscribed IPO, Scorpio Bulkers Inc. (SALT) has struck again, albeit more modestly.  This time it announced the leasing... Diana Containerships Sells 18-Year Old Panamax for Demolition, and at a Loss [ANALYSIS]

Diana Containerships Inc. (DCIX) took everybody by surprise, announcing the sale of its 18-year old Panamax containership â€œSpinelâ€œ (Ex â€œAPL Spinelâ€) for demolition for a loss of $10.5 million. This week I turn my attention to the coming IPO of Scorpio Bulkers Inc., an ambitious dry-cargo start-up led by the same management team as Scorpio Tankers Inc. (STNG).  Scorpio... Last week I had the opportunity to do a case study on Navigator Holdings Ltd., and how WL Ross & Co. recapitalized the privately held shipping company prior to its successful IPO. This week I will look at a different strategy: 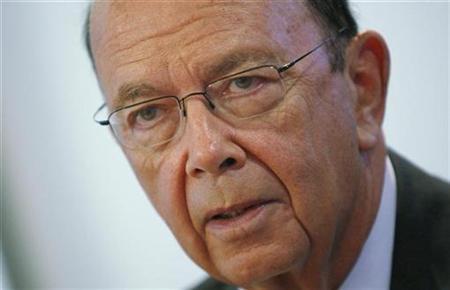 I had the opportunity to attend Marine Money Week in New York last week, the industryâ€™s premier trade show for all things related to ship finance. Here is what you may have missed. Last Wednesday I wrote an article about the epidemic, more like trend to be exact, of Greek shipping companies issuing preferred shares to boost their equity capital.  As per my...

Tired of staid common shares?  Looking to spice up your day-trading life? How about some Series-B Cumulative Redeemable Perpetual Preferred Shares? (I cannot wait for the Series-A version).  This is...

Safe Bulkers Inc. (SB) is a rare gem among the doom and gloom surrounding high-profile dry-cargo shipping companies.  SB owns a fleet of 26 dry-cargo vessels, plus eight vessels under... Diana Containerships – Lessons Learned From The Disposal of Maersk Madrid

Bruised investors could learn a thing or two.