U.S. Secretary of Transportation Pete Buttigieg joined Port of Los Angeles Executive Director Gene Seroka for his monthly media briefing, where they discussed the latest developments in the supply chain including how ports will benefit from the new Infrastructure Investment and Jobs Act, which was recently passed by Congress and signed on Monday by President Biden.

Secretary and Seroka discussed the $17 billion “Action Plan for America’s Ports and Waterways,” which includes funding for navigation construction, port infrastructure and reduction of truck emissions.

During the briefing, Seroka revealed that the Port of Los Angeles handled about 900,000 TEUs in October, down about 8% from 2020’s record-setting October when the port handled a little over 980,000 TEUs. Year-to-date, cargo volumes are up over 15% compared to last year.

A Port of Los Angeles cargo operations update from Tuesday showed the port currently has 72,267 containers on terminal, including 28,408 containers that have been sitting nine days and over.

There’s a lot to unpack from the video, but if you scroll towards the end there’s a Q&A with Seroka where he discusses some operational plans to move cargo off the port’s docks, freeing up space for more imports. It’s in this part where he discusses a plan to move tens of thousands of empties that are sitting on docks and need to be shipped back to Asia.

The plan includes asking liners to bring in “sweeper” ships to load empties dwelling at terminals and nearby facilities. During the pandemic, the port has been dealing with about 350,000 TEUs on average each month that need to get repositioned back to Asia so more products can loaded.

“Those dwell times continue to be high and we’re encouraging all of our liner shipping companies to bring these empties through, even ones that have been decked or grounded at near-dock facilities that the port has opened up. If we can pull this off by expediting the imports outgate on rail and truck, bring those empties in at nighttime and work them against the vessel, we can do a lot better,” Seroka said.

“We’ve seen six additional sweeper ships so far pick up a little more than 17,500 TEU of empties and there are another two on their way that can pick up probably 2,500 more empty container units. We’ve got to do a lot better job than that. We’ve got about 65,000 empty container units sitting on the docks right now, that’s up from about 55,000 from just a couple Friday’s ago, but we did have a good weekend.”

Later in the Q&A, Seroka commented:

“We’ve also given an additional task for liner shipping companies and marine terminal operators to double down on loading back empties against vessels to get them back to Asia, not at the expense of the American exporter. That’s why we’ve asked for more ships to come in to pick up and overload on those empties going back to Asia.”

A White House fact sheet on the Action Plan for America’s Ports and Waterways can be found here.

Join the 74,344 members that receive our newsletter. By Artur Gajda and Rod Nickel MERRITT, British Columbia, Nov 16 (Reuters) – The port of Vancouver, Canada’s largest, said on Tuesday that all rail access had been cut by...

San Pedro Bay Ports postpone dwell time fees set to start Monday as port authorities report progress despite an increasing number of containers over the weekend. The ports of Los... 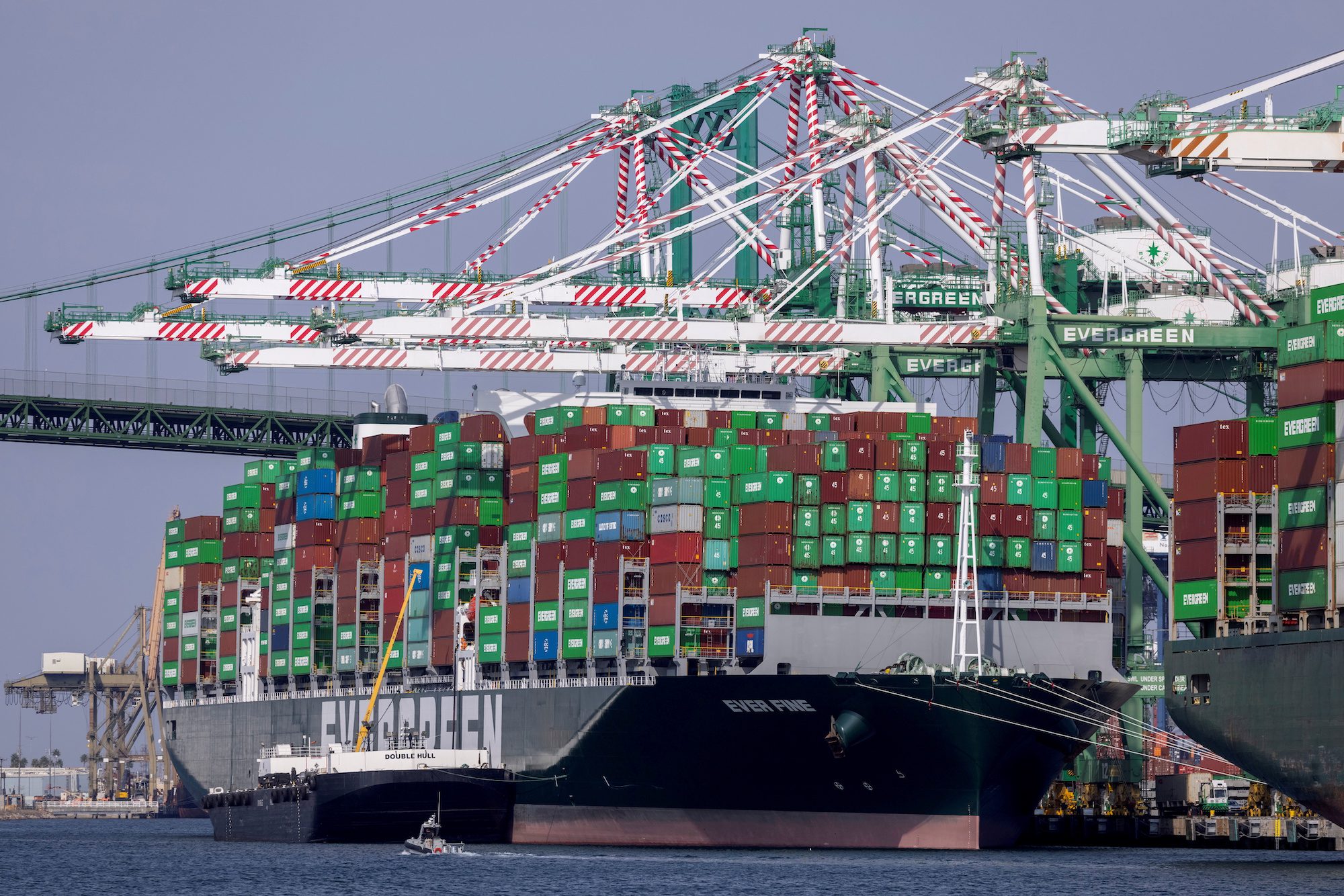