WÃ¤rtsilÃ¤ said Monday the company has been awarded a contract to provide the gas powered propulsion machinery and storage and handling systems for North America’s first LNG-powered passenger ferry. The vessel has been ordered by Canadian operator SociÃ©tÃ© des traversiers du QuÃ©bec (STQ), and is being built by Fincantieri Cantieri Navali Italiani in Italy.

WÃ¤rtsilÃ¤ says that the new equipment is due to be delivered in the autumn 2013, and the ferry, which will be used on routes crossing the St. Lawrence River, is scheduled for delivery by the end of 2014.

The ferry will be equipped with WÃ¤rtsilÃ¤ 34 dual-fuel generating sets, which will provide the main power generation and comply with the stringent emission regulations applicable to its area of operation.  By operating on LNG, nitrogen oxide (NOx) emissions are at least 85% below those specified in the current International Maritime Organisation (IMO) regulations, and the CO2 emissions are some 25% less than those of a conventional marine engine running on diesel fuel. The sulphur oxide (SOx) and particle emissions are negligible at almost zero percent. This level of environmental sustainability even exceeds the emission reductions mandated by the strict local regulations. The IMO has designated some U.S. and Canadian waters as an Emissions Control Area (ECA). This is in line with the International Convention for the Prevention of Pollution from Ships (MARPOL). The North American ECA became enforceable in August 2012.

In addition to the four main power generating sets, WÃ¤rtsilÃ¤ will also supply its innovative LNGPac system. Designed and developed by WÃ¤rtsilÃ¤, the LNGPac comprises onboard LNG bunkering, storage tanks and handling equipment, as well as the related safety control and automation systems. The entire WÃ¤rtsilÃ¤ propulsion solution is designed with a focus on safety and simplicity. All engines can be seamlessly switched to marine diesel oil (MDO) operation, should gas not be available, thus full redundancy can be achieved. This ensures that the safety factor is at the highest possible level.

“WÃ¤rtsilÃ¤ is the established global leader in dual-fuel and gas engine technologies. All in all, WÃ¤rtsilÃ¤ has now sold more than 2000 of its gas fuelled engines, which together have accumulated more than 7 million operational running hours in both land-based and marine applications. We are extremely proud to be contributing in a meaningful way towards more sustainable shipping,” says Aaron Bresnahan, Vice President, WÃ¤rtsilÃ¤ Ship Power, Sales.

“I am very happy with the outcome of the very demanding design and construction process for this new ship due to start service in Matane, Baie-Comeau and Godbout in 2015. At 130 meters long and with a capacity for 800 passengers and 180 cars, the new ferry will be much larger and better equipped than the “Camille-Marcoux” that it will replace. Its larger hold capacity will be suitable for all types of vehicles. The crossing will be a more pleasant experience for passengers,” comments Georges Farrah, CEO of STQ.

Join the 72,573 members that receive our newsletter. 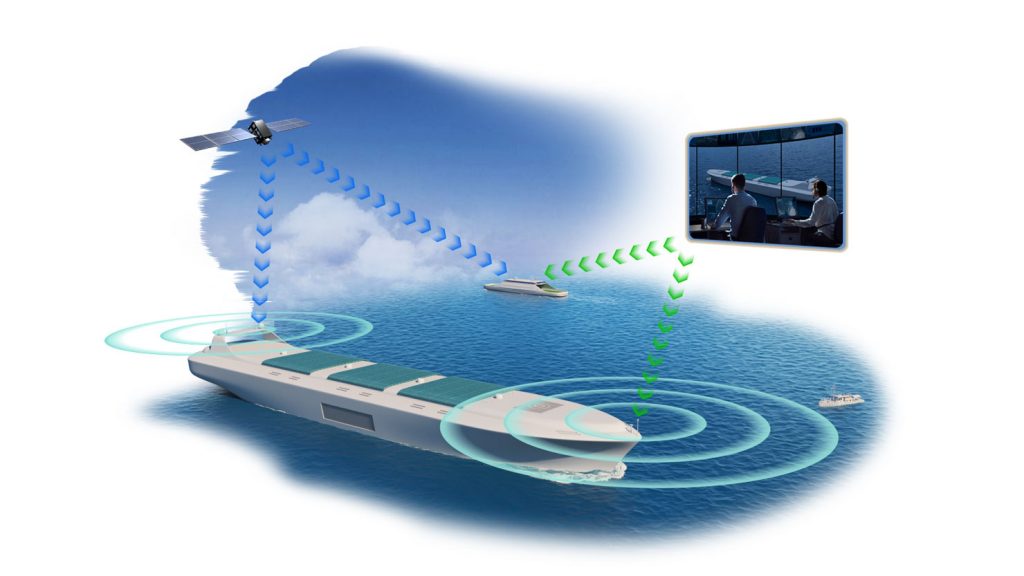 By River Davis and Tsuyoshi Inajima (Bloomberg) — In just two decades from now, half of all domestic ships plying Japan’s coastal waters may be piloting themselves.  That’s the ambitious goal... Battery-Powered Speedboat Looking To Become The Tesla Of The Sea