Filmed back in 2009, this incredible footage shows an underwater volcano erupting within the Tonga Archipelago in the South Pacific Ocean.

According to an AFP report in March 2009:

It continued to spew Friday even as a major earthquake with a magnitude of 7.9 rocked Tonga’s main island of Tongatapu.

The volcano is hundreds of kilometres from the epicentre of the earthquake, which caused no significant damage but sparked a regional tsunami warning.

Radio journalist George Lavaka, who visited the island with a sightseeing group Thursday, said the explosions were accompanied by a deep rumbling.

“The island itself is totally destroyed,” Lavaka said, “there is no living thing left there, it’s all covered in black ash.

In fact, the eruptions this week have been so massive that they have formed a new island and even a Pumice Raft has been spotted floating near the eruption, according to Times Online.  A pumice raft is a large quantity of pumice fragments floating on the ocean surface (pumice is a volcanic rock that contains so many gas vesicles that it floats) and is a very rare occurrence.

Boston.com has a great collection of photos HERE

Tonga on a map… A fresh interview just dropped on the Vonheim YouTube channel. When Christopher Vonheim and Captain John A Konrad V bring emotion and insight to the show then you know their passion for shipping is strong,... 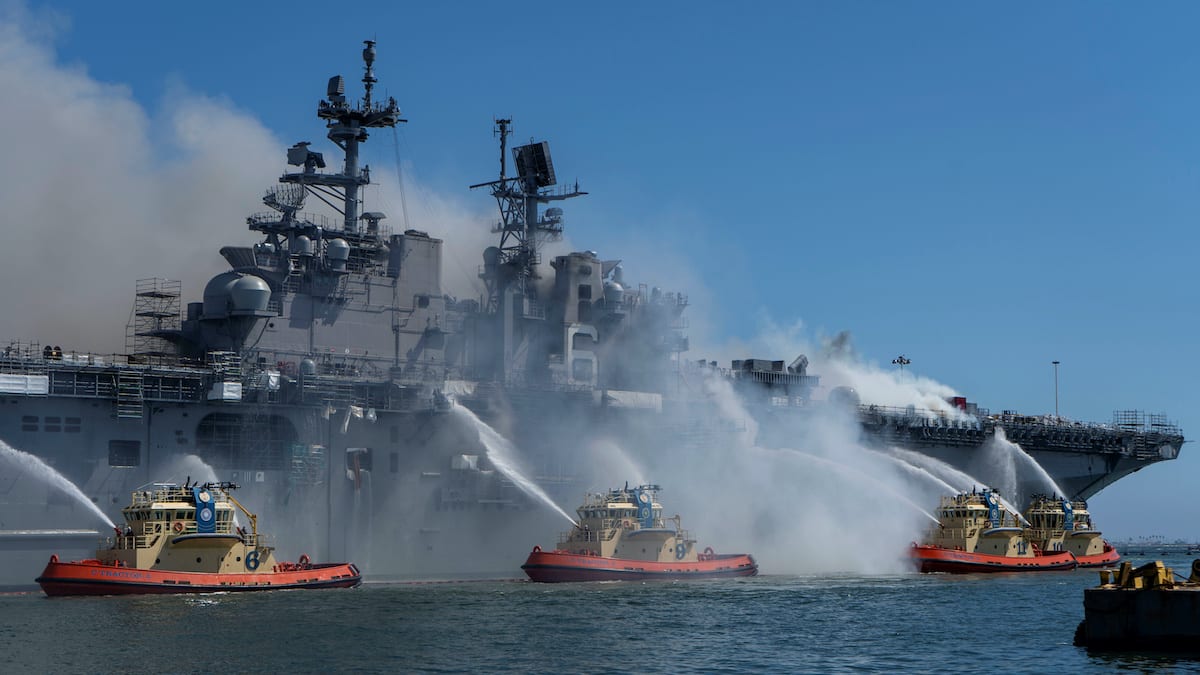 In this episode, maritime historian Sal Mercogliano explores the timeline and issues behind the July 12, 2020 fire onboard USS Bonhomme Richard in San Diego, California. Mercogliano investigates how the... In this episode of What is Going on With Shipping, gCaptain contributor Sal Mercogliano, discusses the 66th anniversary of the sailing of the SS Ideal X with the first 58...