By Tony Capaccio (Bloomberg) — The Pentagon agency that oversees contracts says it can’t rely on cost and schedule projections from General Dynamics Corp.’s warship unit in a $22... By Tony Capaccio (Bloomberg) — Pentagon officials are weighing whether to cancel the last of three ships in General Dynamics Corp.’s $22 billion program to build new destroyers even... By Tony Capaccio (Bloomberg) — Top Pentagon officials have ordered the Navy to conduct shock tests at sea for its new aircraft carrier over objections from the service, which... 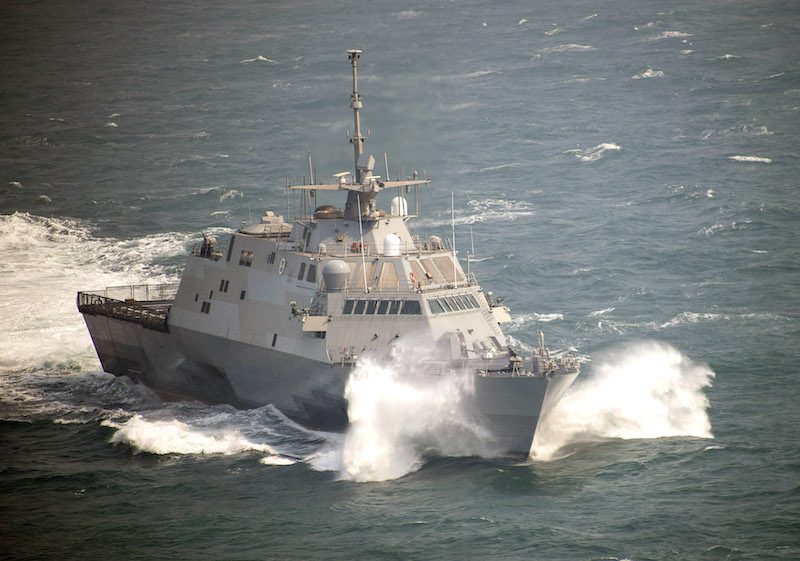 Weeks before one of the U.S. Navy’s new Littoral Combat Ships departed for Asia, tests had exposed its vulnerability to a potential enemy attack, according to the Pentagon’s testing office. 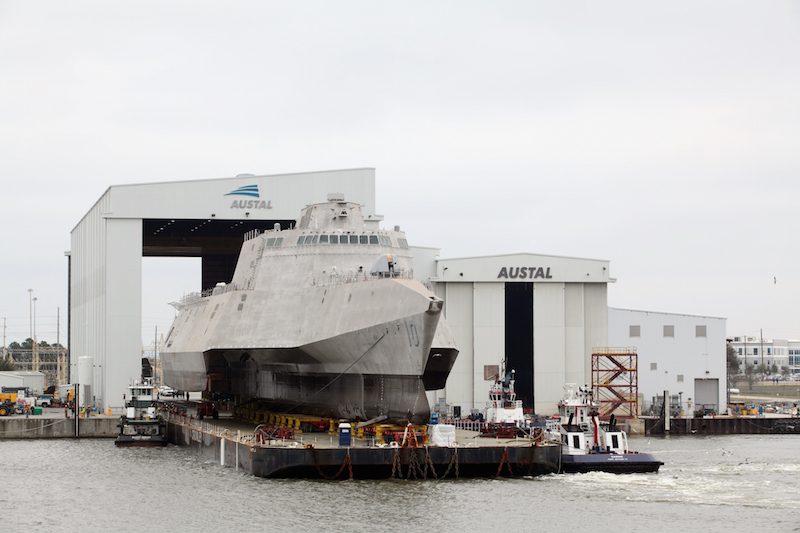 [contextly_sidebar id=”4G7lDFNttrhX3qiMdbG625bPjNe9kMix”]The U.S. Navy is getting ready to christen the future USS Gabrielle Giffords, the tenth ship in the Navy’s littoral combat ship program. The ship is named after former...

The second aircraft carrier in the Navy’s new Gerald R. Ford class is now estimated to exceed a cap imposed by Congress by at least $370 million, according to the Pentagon’s independent cost office. 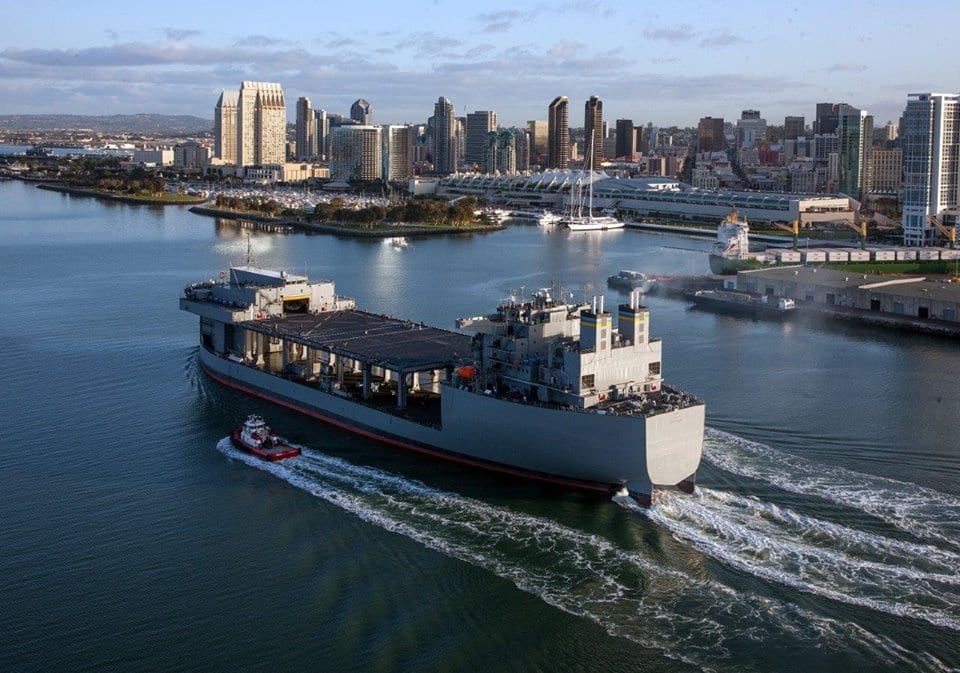 The USNS Lewis B. Puller was captured earlier this month off the coast of San Diego during builders trials from the General Dynamics NASSCO shipyard. Lewis B. Puller is the first...

Delivery of General Dynamics Corp.’s first two electric-powered Zumwalt-classdestroyers for the U.S. Navy is running more than a year late, in part for lack of enough electricians, according to the service. The cost of the U.S. Navy’s new aircraft carrier is likely to keep rising from the $12.9 billion now estimated, with the final price masked by deferring some work until after the ship is delivered, the Government Accountability Office said. “There’s some likelihood we’ll lose a builder,” commented Admiral Jonathan Greenert, the U.S. Navy’s Chief of Naval Operations during a presentation at the Brookings Institute on Tuesday. Admiral Greenert was... Huntington Ingalls Industries (NYSE:HII) has launched the Virginia-class submarine John Warner (SSN 785) at the company’s Newport News Shipbuilding division, kicking off the final phases of construction prior to sea... This month twenty-two nations, more than 40 ships and submarines, 200 aircraft and 25,000 personnel are in and around the Hawaiian Islands for the world's largest international maritime exercise known as Rim of the Pacific (RIMPAC). The U.S. Navy can’t meet its funding needs for surface warships and a new class of nuclear attack submarines from 2025 to 2034, according to the service’s latest 30-year shipbuilding plan. The U.S. Navy on Saturday christened its newest warship, the future USS Zumwalt (DDG 1000), during a ceremony at Bath Iron Works shipyard in Bath, Maine where the futuristic ship has been under construction since 2009.