By Ann Wang (Reuters) Taiwan downgraded typhoon Chanthu to a medium typhoon on Saturday, saying that while it would bring heavy rain and gusting winds to most of the island... By Ditas Lopez (Bloomberg) Two of China’s main ports are preparing for the arrival of Super Typhoon Chanthu, which was dumping heavy rain on the north of the Philippines Friday...

by Michael Carlowicz (NASA) In recent years, meteorologists and climate scientists have been awed by the rapid intensification of several tropical cyclones around the world—a phenomenon that is believed to... Typhoon Chanthu rapidly intensified has from a tropical depression to a Category 4 super typhoon over the north-western Pacific Ocean with maximum sustained winds of 135 knots (155 mph). On... Taiwan is bracing for a direct hit by powerful Typhoon Soudelor, which earlier this week earned the title of earth’s strongest storm of 2015. Our friends over at Ocean Weather... Under the direction of the yacht owners, the crew of M/Y Dragonfly put the hammer down and sailed 1600 nautical miles over 3.5 days to reach the south Pacific island nation... Typhoon Usagi Blows Dogs Off Chains in the Philippines, Hong Kong is Next

At least two people are dead and thousands are without power in the Philippines after Typhoon Usagi tore through the Luzon Strait on Thursday with wind gusts up to 160 miles... Utor is now a Super Typhoon with max winds of about 130 knots as it approaches the coast of Luzon and could be as strong as 135-140 knots in squalls.... 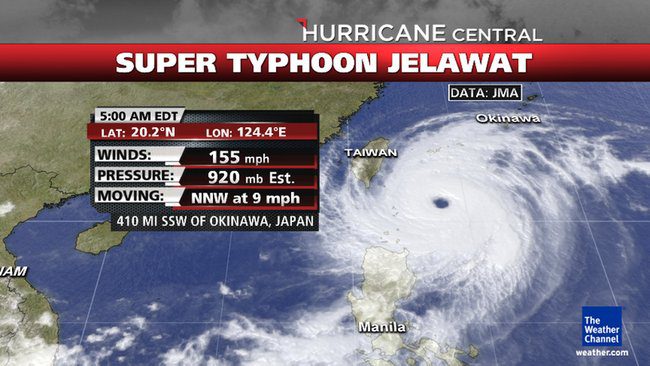 It’s been a bad week for lifeboats, once termed ‘the Pinto of the seas’. Over at Maritime Accident Casebook three incidents during drills and training have come to light, two...

CNN sends news of a tragic ferry capsize in the Phillipines. They write: Rescuers have found at least 33 survivors and at least six dead among the nearly 750 aboard...

Join the 72,544 members that receive our newsletter.