The suspect identified today by the U.S. Navy as the shooter in Monday night's killing of a Navy sailor at Naval Station Norfolk had a valid Transportation Worker Identification Credential (TWIC), but investigators are still looking into how he was able to gain access the base.

A U.S. Government Accountability Office (GAO) audit of the TWIC card reader pilot program calls into question the program’s premise and effectiveness in enhancing security after the results were found... 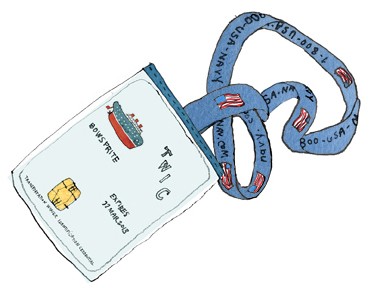 From day one the Department of Homeland Security’s TWIC program has faced opposition from mariners and security experts who have raised questions about its security features (like biometrics). Today the...

I am certain that there are no shortage of TWIC card ‘victims’ out there. Back in February, I posted a commentary by Dr. John A.C. Cartner (website), published in Lloyd’s...

I am certain that there are no shortage of TWIC card ‘victims’ out there, so I thought that you would all enjoy this commentary by Dr. John A.C. Cartner published... WASHINGTON—The Department of Homeland Security (DHS) and Department of State (DOS) yesterday announced the creation of an annotated version of the B-1 visa—issued to foreign citizens visiting the United States...

Poll – How Would You Rate The TWIC Experience

Are You a Security Threat?

(Ed. note: I received a this email today and thought if worthy of sharing.) Captain Rodriguez: It’s been interesting following your and your reader’s adventures with TWIC. I have a...

With the help of our friends at Vessel Trax and many hours at the computer we have taken the list of Transportation Worker’s Identification Card ( TWIC ) Enrollment Locations...

Four weeks ago, I had my original TWIC enrollment experience. The post is here. Today I picked up my TWIC. Last Thursday I went online to see if the card...

It comes as no surprise that we in the United States are security aware. Possible threats create new legislation on a regular basis. Today, I enrolled for my Transportation Worker...