BEIJING, Dec 29 (Reuters) – If people want to come and look at China’s first aircraft carrier, they are very welcome, the defence ministry said on Thursday, brushing off encounters... Japan Shipping Line Merger Is Fiddling at the Margins

By David Fickling (Bloomberg Gadfly) — A business is rarely more than the sum of its parts. That’s a problem for anyone hoping that combining Japan’s big three container-shipping lines will...

Japan’s Kawasaki Heavy Industries May Pull Out of Shipbuilding

TOKYO, Oct 1 (Reuters) – Japan’s Kawasaki Heavy Industries Ltd said it would consider a drastic revision of its shipbuilding business due to its worsening profitability and indicated that it...

By Eli Lake (Bloomberg) In early August, Japan’s Coast Guard witnessed an unconventional Chinese assault on its territorial waters. According to Japanese officials I met with last week, at least... gCaptain Note: On Tuesday gCaptain published an article titled “Sea Shepherd Claims It Will Stay Away From Japan Whaling Ships“… the original title of that article (written by Bloomberg) didn’t... China Provokes Japan With Naval Drill In Its Backyard

by Ben Blanchard (Reuters) China’s navy has carried out drills in the Sea of Japan, the Chinese military’s official newspaper said on Friday, describing the exercises as routine and done...

(Bloomberg) The Japanese government has decided on a plan to develop land-to-sea missiles with a range of 300 kilometers (186 miles) to protect the nation’s isolated islands, including the Senkaku, the... by Manuel Mogato (Reuters) Japan and the Philippines have begun talks for the transfer of two large coast guard ships to Manila, to help patrol the disputed South China Sea,...

By Yuji Nakamura (Bloomberg) Japan said two Chinese vessels entered Japanese territorial waters near the disputed “Senkaku” or “Diaoyu” islands in the East China Sea on Sunday morning in an... By Nobuhiro Kubo and Tim Kelly YONAGUNI, Japan, March 28 (Reuters) – Japan on Monday switched on a radar station in the East China Sea, giving it a permanent intelligence... 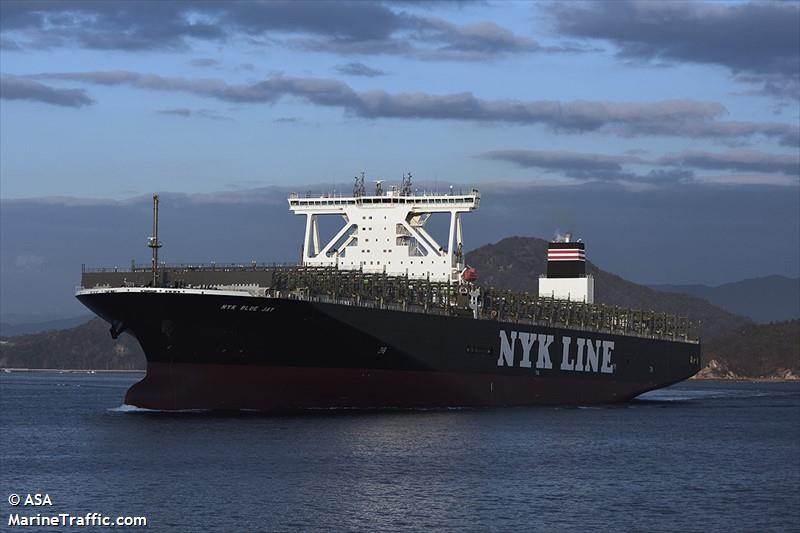 NYK Line says it has taken delivery of the “cutting edge” newbuild MV NYK Blue Jay, a uniquely-designed 14,000 TEU capacity containership that promises energy savings equivalent to that of much... by Lily Nonomiya  (Bloomberg) Japan plans to renew its research hunt for whales in the Antarctic, ending an almost two-year hiatus prompted by an international court ruling that its killing of...

by Michael Heath (Bloomberg) – Japan’s foreign and defense ministers reiterated concerns about China’s strengthening position in the South China Sea in meetings with Australia and pressed the case for Japanese companies... Japan May “Assist” US Navy In The South China Sea