South Korea’s Hyundai Heavy Industries (HHI), the world’s biggest shipbuilder, announced a new milestone Tuesday with the recent delivery of its 2,000th ship. The milestone was reached with the delivery of... Move over Triple-E's, there's a new big dog in town. Huntington Ingalls Industries (NYSE:HII) announced this week that the company has been awarded a contract for the inactivation of the nuclear-powered aircraft carrier USS Enterprise (CVN 65)... for $745 million. Wärtsilä announced today they have won the design contract for a large heavy construction vessel (HCV) to be built at Hyundai Heavy Industries for Subsea 7. Their VS 4285 HCV design... Hyundai Heavy Industries Co. failed for eight years to win ship orders from China. That ended when it pledged to build the worldâ€™s biggest container carrier. 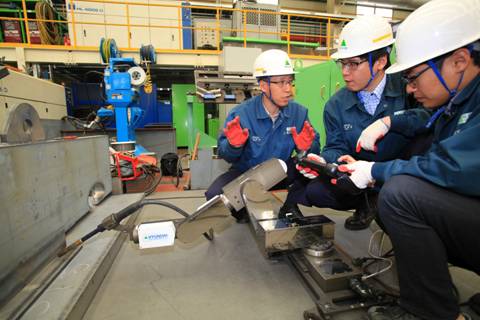 After a $10.9 million loss in the first quarter this year, SEACOR Holdings’ (NYSE:CKH) Executive Chairman of the Board, Charles Fabrikant was justifiably unhappy with his company’s results.  However, it’s... Building on the success of the world’s only monohulled, DP3 accommodation vessel, the Edda Fides, Edda Accommodation says it is building new ship that will truly raise the bar in... LR-classed Alexandros and Aristotelis are the first of five new 5,000 teu super-efficient new ships, all to be delivered from HHI Gunsan by June 2013, that sees Capital expand its operations into the container...

Join the 73,441 members that receive our newsletter.