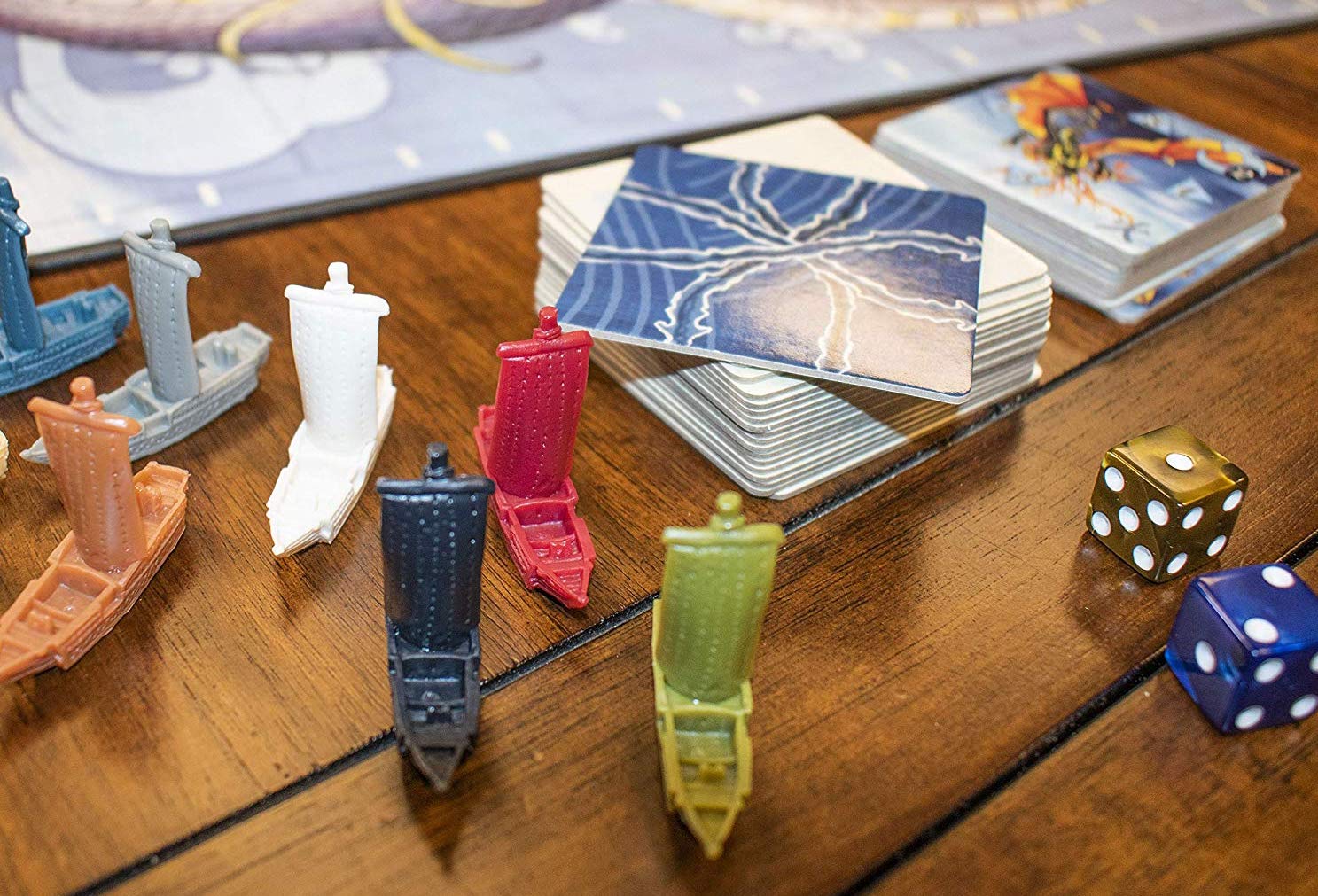 This holiday season take a break from Netflix, Prime Video, and video games with some good old fashion board games. We say “old fashion” but the truth is that today’s... Santa’s not the only one making lists and checking them twice this time of year. We know plenty of you out there in the are compiling wishlists in your tally... gCaptain is proud to announce the winners of our second annual award for gCaptain’s Best Nautical Books Of The Year. The year’s notable nautical fiction and nonfiction books of late 2016 and 2017,... Fun Nautical Gifts We Want In 2017

As each year passes in our wake, we’re building quite a collection of holiday gift guides. Last year, we introduced a new category to the family with our 2016 fun... Black Friday Event Starts Starts Now   Free USA Shipping On Every Item In The Store ($5 Off International Shipping) 33% Off All Shirts with coupon code “BlackFriday” Plus…. 20% Off Kids...

The U.S. Coast Guard, as a public service to holiday gift shoppers has announced its recommended USCG Approved gifts for 12 nautical days of Christmas… and while they forgot to... The year’s notable nautical fiction and nonfiction books of 2016-17 as selected by gCaptain’s editors. This list represents books we have read or reviewed in the past year (or so). P.S. If you... Last week we published a post titled Black Friday Deals For Sailors and it was immensely popular, generating almost a thousands purchases! Today we hope to do even better with... Sailing Around the World, Alone…The Story of Captain Joshua Slocum

Solitude at Sea Three years, 30,000 miles The Hard Way Around: The Passages of Joshua Slocum  by Geoffrey Wolff – Reviewed by John Rousmaniere, edited by Gene Epstein, Barrons Anybody hoping... Last week we brought you our official 2015 Holiday Gift Guide  followed by our Working Sailor’s Edition Gift Guide and today my email has dozens of messages from gCaptain reader... Apart from a Howard Miller brass chronometer given to us as a gift, the gCaptain office is mostly devoid of nautical trinkets (but you will find us wearing nautical t-shirts... Between 1998 and 2008, my parents sailed all the way around the planet, but my dad rarely wears sunglasses when he goes outside anymore.  I can’t imagine sucking all that... Have you started your holiday shopping? It’s said that a book signed by the author is worth twice the cover price and, for that reason, gCaptain is offering custom signed...

Join the 71,197 members that receive our newsletter.