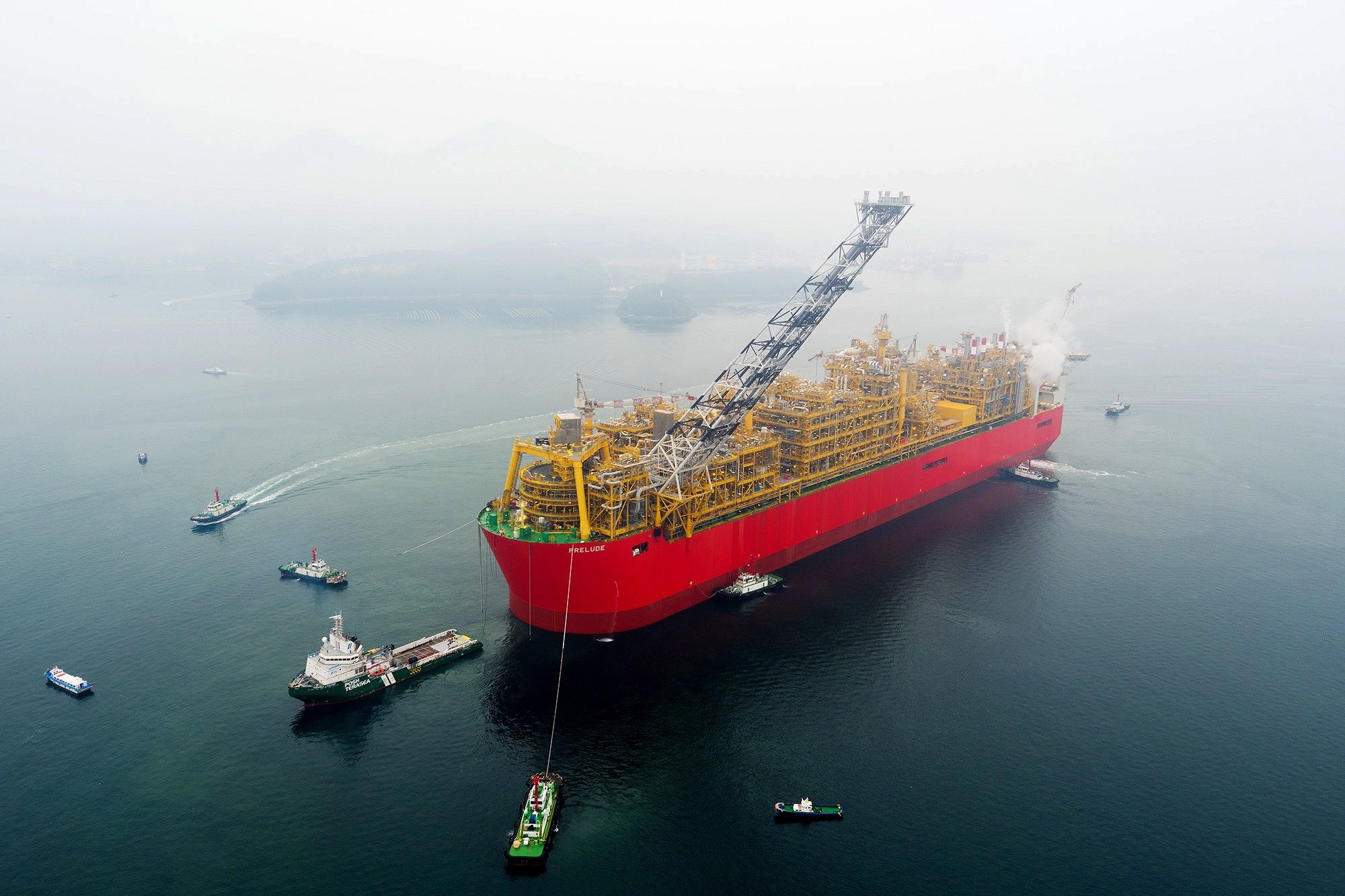 Royal Dutch Shell’s Prelude floating liquefied natural gas (FLNG) facility has set sail from the Samsung Heavy Industries shipyard in South Korea on its 5,800-kilometer journey across the ocean to... By Naureen S. Malik (Bloomberg) — The first floating terminal proposed to export natural gas out of the Gulf of Mexico has been cleared by U.S. regulators to send cargoes... By Dan Murtaugh and James Paton (Bloomberg) — It’s longer than three soccer fields, heavier than two aircraft carriers and powerful enough to chill gas into liquid colder than the...

Daewoo Shipbuilding & Marine Engineering Co has completed construction of the world’s first floating liquified natural gas facility at the DSME shipyard in Okpo, South Korea. The facility is being... Rolls-Royce says this week their engines will be installed aboard a new Floating Liquefaction Vessel (FLNGV) that is being converted at Keppel Shipyard in Singapore. Two Bergen B35:40V20AG will be... Rosneft and Golar LNG to Cooperate on Floating LNG Projects ABB to Supply Power Systems for Petronas’ Next FLNG Facility

ABB, the Swiss power and automation group announced today it will be playing an important role in the development of Petronas’ second floating LNG facility PFLNG2 by supplying the high... “By awarding Sevan AIP, we have acknowledged that the company’s innovative approach to designing and constructing a first-of-its-kind FLNG production unit is based on sound engineering practices and ABS classification...

More than enough natural gas has been discovered offshore the east African countries of Mozambique and Tanzania recently to make a business case for development. Italian energy major ENI estimates... The largest turret module for largest floating structure ever constructed has set sail from Dubai for the Samsung Heavy Industries shipyard in Geoje, South Korea. Shell’s Prelude FLNG Will Have Some Pretty Nice Digs -Video The American Bureau of Shipping (ABS) announced this week they have been awarded the classification contract for Petronas’ second new FLNG facility (PFLNG 2) which will be built at Samsung... Petronas has announced today their decision to go forward with the building of their second floating liquefied natural gas (FLNG) facility. Once built, “PFLNG 2” will be subsequently moored at... The largest floating object ever constructed has been floated out of dry dock at Samsung Heavy Industries shipyard in Geoje, South Korea. Here's a time lapse video.

It will be the biggest thing ever sent to sea - but as the Prelude FLNG vessel was launched on Tuesday, plans were already under way for something bigger. Höegh LNG announced today they have signed a contract with an unnamed Asian national oil company to conduct a Front-end Engineering Design (FEED) study for a Floating LNG facility. In...

Have a news tip? Let us know.
1 2 3 Next
Back to Main Next
We use cookies on our website to give you the most relevant experience. By clicking “Accept”, you consent to the use of ALL the cookies.
Cookie settingsACCEPT
Manage consent