A New Zealand court has sentenced a British ship captain to pay a $3,000 fine after authorities found him to be more than five-times the legal alcohol limit when his... A inland freighter found itself pinned in a peculiar way on Germany’s Main river after the drunken ship captain allegedly ran the vessel into a bridge and then the river bank.  Local... The Russian ship captain of a Maltese-flagged freighter has been sentenced in Oregon to pay a $1,000 fine for operating his ship with a BAC that was over four times...

Drunk Captain Saved By The Bell, A Helicopter, Other Ships, And a Little Bit of Luck

The Captain of the Maltese-flagged M/V Wilson Avonmouth is lucky to have avoided going aground near Helsingor, Denmark after passing out at the helm, and only to be awoken by frantic attempts... A drunken master that had fallen asleep in the bridge is to blame for the August 2011 grounding of the Karin Schepers along the UK’s Cornish coast, according to an... UPDATE: The captain of M/V Union Moon, plead guilty to excess alcohol by the master of a ship Friday morning.  The captain, Miroslaw Pozniak, 55, from Poland, will remain in custody... M/V Laconia. Photo (c) Clark Crawford via MarineTraffic.com Update: The captain of the Maltese-flagged M/V Laconia that was arrested last week after failing a breathalyzer test was not just slightly... 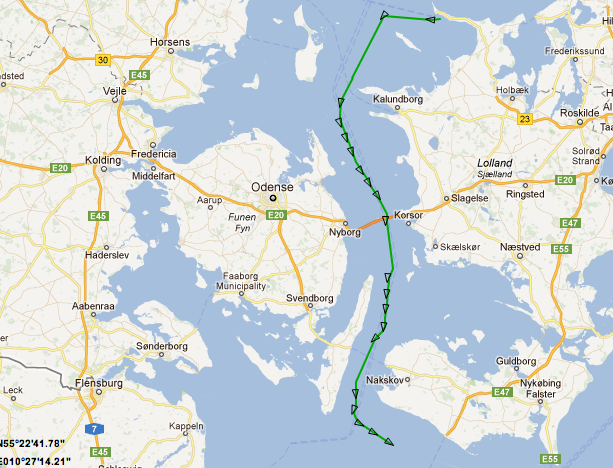 Musta been a heck of a night for the master of the Danica Hav before he pulled out of the Swedish port of Varberg. A few hours later he was... Photo Seanews Turkey A Latvian captain has been placed under arrest after his ship ran aground, allegedly while the man was drunk.  The cargo vessel ALVA was underway from Sczcecin...

Not Being John Cota

Not Being John Cota by Bob Couttie “Capt. Cota acknowledges the lack of situational awareness and does not expect it to happen again.” Board of Pilot Commissioners for the Bays:...

Join the 71,282 members that receive our newsletter.