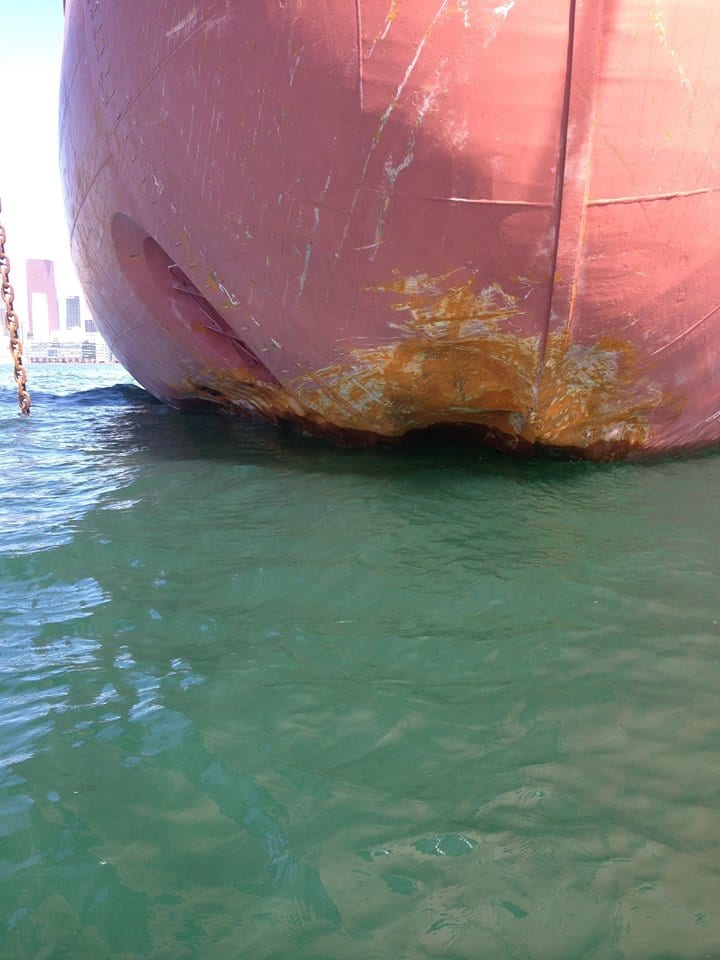 On 20 April, the handysize bulk carrier M/V Juno carrying a cargo of sugar grounded in the St. Lawrence River after suffering a steering casualty.  The grounding caused the vessel to take... Fighting Class B Fires, Assets and Deficits – 1 of 4

One of the worst things that can happen on board any vessel at sea is a main space Bravo fire. If you’re in charge of your Damage Control organization, you...

Crushed containers hang off the the vessel More hang off the stern including one self-unloading box While crossing the Pacific in late February 2008, M/V CMA CGM Dahlia ran into...

These are projection maps of flooding from Hurricane Ike released by the Texas Governor’s Office.  The National Hurricane Center is predicting Hurricane Ike to reach the coast sometime late Friday...

A Video of Unwanted Fame

If you think Lindsay Lohan and Britney Spears are the only ones suffering from Fame just be glad your not the captain of this brand new ship! This summer while...

Join the 72,281 members that receive our newsletter.