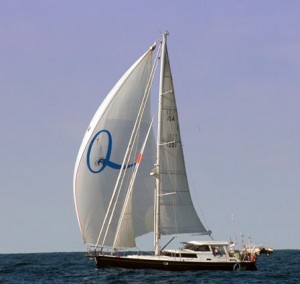 (Dow Jones) Three Somali men accused of hijacking a sailboat in the Indian Ocean and killing the four Americans on board could face the death penalty, rather than life imprisonment, if they are convicted.

A fresh indictment issued Friday by a grand jury in Norfolk, Va., now includes more than 20 charges making the Somalis eligible for the death penalty.

The three were captured in February shortly after allegedly gunning down the Americans aboard their yacht. Previously, the men had been charged with piracy and kidnapping, which carry a maximum sentence of life imprisonment.

The Somalis are accused of killing Scott Adam, Jean Adam, Phyllis Macay and Robert Riggle four days after seizing the Americans’ 58-foot sailboat. U.S. Navy forces trailed the hijacked vessel and were negotiating for the sailors’ release when the Americans were killed.

Navy SEALs stormed the boat, the S/V Quest, killed several pirates and captured 14 others. Eleven of the men have already pleaded guilty to piracy charges that carry mandatory life sentences. “Today’s charges underscore that we have a zero-tolerance policy when it comes to attacks on our citizens,” said U.S. Attorney Neil MacBride.

Lawyers for Messrs. Salad and Abrar weren’t available for comment. A lawyer for Mr. Beyle had no comment. In March, the men pleaded not guilty to the lesser charges they faced at the time.

The Quest attack prompted a review of U.S. anti-piracy strategy. Pirate attacks hit a record high last year, concentrated in the Indian Ocean. The potential financial rewards for piracy have vastly outweighed the small chance of being caught and successfully prosecuted.

The goal of U.S. policy today is to make piracy riskier and less lucrative.

Until a century ago, piracy itself was a capital offense in the U.S., but in 1909 Congress reduced the penalty to a mandatory life sentence.

In addition to adding death-eligible charges against the suspected Somali pirates, the U.S. has sought to target the financial and logistical networks that underpin Somali piracy at sea. In April, U.S. law-enforcement officials launched their first strike on Somali pirates on land, capturing the alleged chief negotiator for the pirates who boarded the Quest.