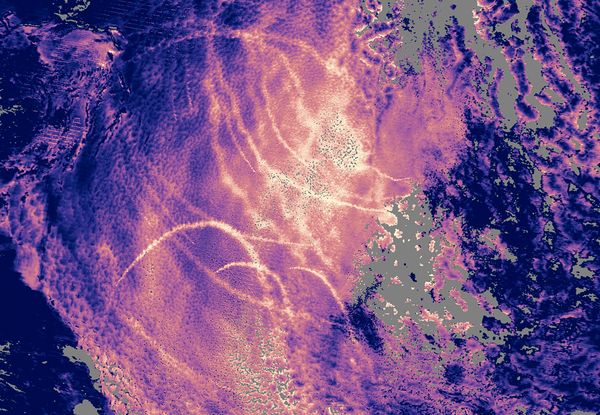 This is pretty cool.  The photo above is from National Geographics collection of “Space Photos This Week” and is titled Ship Tracks in Sky.  Using NASA’s Terra Satellite, the image is a false-color picture showing pale arcs in a layer of marine clouds that are in fact traces of the paths of ships in the North Pacific.  Natational Geographic tells us more:

But air pollution from ship exhaust creates smaller cloud droplets, which are more reflective and thus brighter in the enhanced image.

Check out the full collection of Space Photos HERE.