By Sergio Chapa (Bloomberg) Qatar reclaimed the crown as the world’s top liquefied natural gas exporter from the U.S. just as the end of winter lowered demand for the heating fuel in the northern hemisphere.

April exports of the superchilled fuel from Qatar surpassed 7.5 million metric tons, edging out the U.S., according to ship-tracking data compiled by Bloomberg. Maintenance at Qatargas reduced the Middle Eastern nation’s exports a month earlier.

During the winter months, low temperatures, combined with Europe’s desire to cut dependence on Russian energy, drove up the demand for natural gas and prices of the fuel.

Once winter ended, some U.S. export terminals have used the period of softer demand and lower prices to undergo maintenance, which has lowered the U.S. production.

A shale gas revolution, coupled with billions of dollars of investments in liquefaction facilities, transformed the U.S. from a net LNG importer to a top exporter in less than a decade.

Looking ahead, the U.S. and Qatar are expected to engage in a two-horse race for dominance in the global LNG market. Once the Calcasieu Pass export terminal in Louisiana is complete later this year, the U.S. is expected to reach a peak LNG production capacity of 13.9 billion cubic feet of natural gas per day. Meanwhile, Qatar is planning a gargantuan export project that will come online in the late 2020s, which could cement the Middle Eastern nation as the top supplier of LNG fuel.

Join the 88,016 members that receive our newsletter. 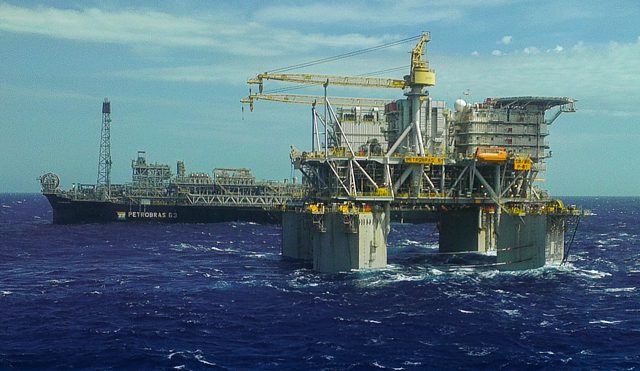 This website uses cookies to improve your experience while you navigate through the website. Out of these, the cookies that are categorized as necessary are stored on your browser as they are essential for the working of basic functionalities of the website. We also use third-party cookies that help us analyze and understand how you use this website. These cookies will be stored in your browser only with your consent. You also have the option to opt-out of these cookies. But opting out of some of these cookies may affect your browsing experience.
Necessary Always Enabled
Necessary cookies are absolutely essential for the website to function properly. This category only includes cookies that ensures basic functionalities and security features of the website. These cookies do not store any personal information.
Non-necessary
Any cookies that may not be particularly necessary for the website to function and is used specifically to collect user personal data via analytics, ads, other embedded contents are termed as non-necessary cookies. It is mandatory to procure user consent prior to running these cookies on your website.
SAVE & ACCEPT
{"Tags":["LNG","qatar"],"Categories":["Offshore"],"Excerpt":"By Sergio Chapa (Bloomberg) Qatar reclaimed the crown as the world\u2019s top liquefied natural gas exporter from the U.S. just as the end of winter lowered demand for the heating..."}