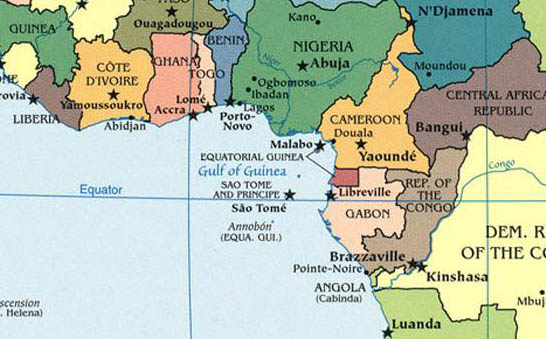 A recent case saw one of our Member vessels hijacked twice within a ten week period. On both occasions the ship was loaded with a cargo of petroleum and was drifting off Lagos waiting her turn to lighter.

Acts of piracy and armed robbery off West African states contrast greatly with piracy of the kind seen in the Somali basin. The pirates’ modus operandi in the Gulf of Guinea is likely motivated by the increasing costs of petroleum in Nigeria. West African pirates, not patient enough for prolonged ransom negotiations, are more eager to hijack a vessel, strip it of its cargo and opportunistically strip the crew of their possessions. The only similarities between the two varieties of African pirates is that like their East African neighbours Nigerian pirates are acting with increased confidence and attacks are now common over 100NM offshore.

In the first attack no cargo was taken since the pirates who boarded were unable to secure a vessel to perform an STS at the time.  Frustrated, the pirates then ransacked the ship, stealing crew’s personal effects before leaving.

However, as the vessel is a regular trader to the area, she was targeted again.  This time the pirates were better prepared and managed to extract some 3500 tons of gas oil cargo and 60 tons of the ship’s own gas oil before again ransacking the ship and stealing crew effects.

The piracy situation in Nigeria is compounded by a lack of suitable deterrents. The Nigerian navy is hard pressed to carry out existing missions, before considering the  provision of effective anti-piracy cover. Protection convoys up and down the Bonny river set up by Port Harcourt authorities have only a mandate to protect against terrorism and not against piracy.  Arranging contracts for embarked security guards requires the owner to enter into a difficult and complex bureaucracy.

Latest security reports detail an incident where two crewmen were shot dead in a failed attempt to hijack a bulk carrier some 110NM off Lagos, Nigeria. Piracy in the Gulf of Guinea is increasingly violent. Guidance distributed by the Marshall Islands Flag authority advises;

The Club would therefore advise those members who have vessels operating in these waters to exercise the utmost vigilance and preparedness, adapting the advice from BMP4 as necessary, and being mindful that violent piracy is spilling into neighbouring states waters where military assistance is even more remote.