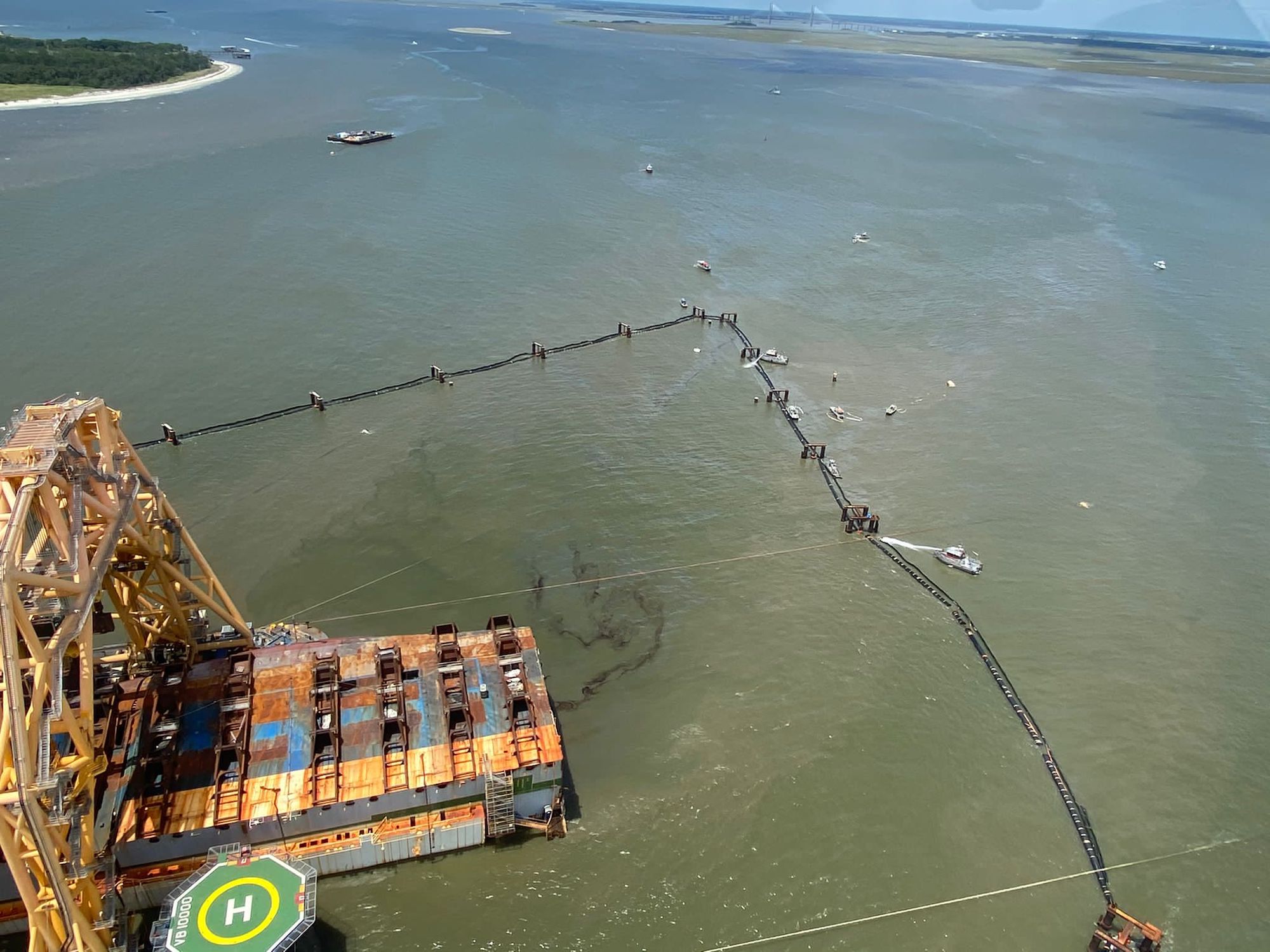 The Unified Command overseeing the wreck removal of the Golden Ray has reported an oil spill that personnel were working to mitigate to both on water and along the shoreline in St. Simons Sound.

The St. Simons Sound Incident Response said the discharge occurred Tuesday as ongoing cutting operations are underway for Section Three. Mitigation efforts focused on the shoreline and in the vicinity of the wreck site.

Wreck removal personnel resumed chain cycling operations on Tuesday after a routine inspection on Sunday prescribed maintenance to the rigging system of the cutting apparatus, according to the Unified Command.

The Unified Command has developed a multi-layer approach for observing, surveying, documenting and mitigating any releases of oil or debris during cutting and lifting operations, according to the Command’s website. Recovery personnel are on-station at the Environmental Protection Barrier, at the shoreline, and on the water around the shipwreck, while responders are also maintaining protective boom at sensitive locations around St. Simons Sound.

T&T Salvage is the main contractor in the wreck removal operation.

Work to continue cutting the next section of the Golden Ray wreck resumed last Thursday nearly two weeks after a fire halted the operation. The resumption of work comes after a thorough analysis of the wreck removal equipment concluded that the VB-10000, the cutting apparatus, and fire suppression equipment are fully operational.

The Golden Ray lost stability and came to rest on a sand bar in St. Simons Sound, Georgia as it departed the Port of Brunswick with 4,200 vehicles in its deck all the way back in September 2019. With the exception of section-by-section weight shedding (i.e. removal of cars and debris), all vehicles have remained inside the wreck as each section is accessed and removed.

The wreck removal operation involves using the VB-10000, a heavy-lift catamaran barge which can be seen hovering above the wreck. The vessel uses a cutting chain for the arduous process of separating the wreck into eight sections, which are then lifted onto a barge, fastened, and transported to a recycling facility in Louisiana. All work is being conducted inside an Environmental Protection Barrier meant to mitigate the spread of contaminates throughout the operation.