The operation to remove the final section of the Golden Ray wreck kicked off over the weekend in St. Simons Sound, Georgia, putting the end to the years-long wreck removal operation finally in sight.

A weight-shedding team will remove several vehicles as required to reduce the overall weight of the section prior to landing it on a dry dock barge. Once lifted, the salvage master and the response engineering team will assess the condition of the bottom of the section, survey for any damage, and potentially modify the cradle system to allow for the loading and transport of the section to a local facility for partial dismantling.

Meanwhile, sea-fastening to secure two wreck sections recently removed continues aboard the Barge Julie B. Once inspected and cleared for departure, the tugs will haul the barge to a recycling facility in Louisiana pending a favorable weather window.

The lifting of the final section comes more than two years after the Golden Ray car carrier capsized as it departed the Port of Brunswick with over 4,100 vehicles inside. The NTSB determined the probable cause of the capsizing was the chief officer’s error entering ballast quantities into the stability calculation program, which led to his incorrect determination of the vessel’s stability,

The wreck removal operation is utilizing the heavy lift barge VB-100000 which has been used to cut the wreck of the Golden Ray into eight sections for lifting and removal by barge. The first cut was conducted in November 2020.

Join the 74,665 members that receive our newsletter. 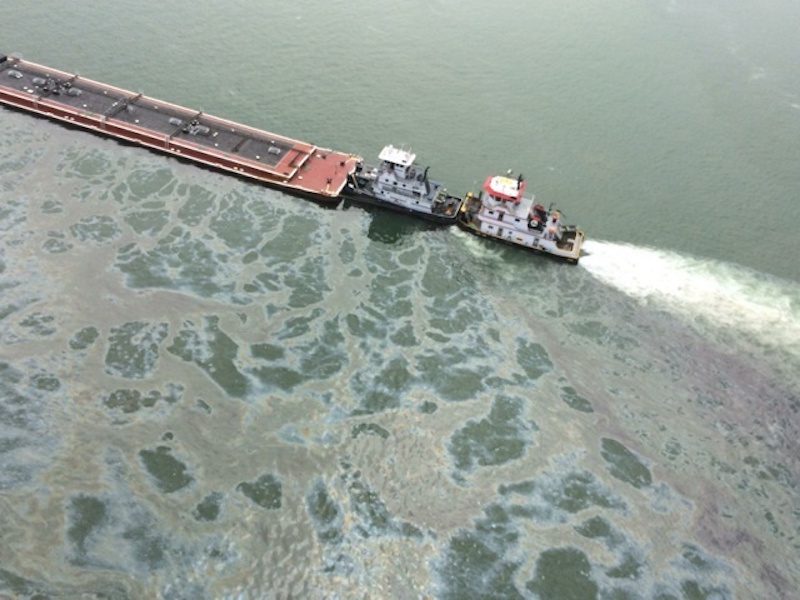