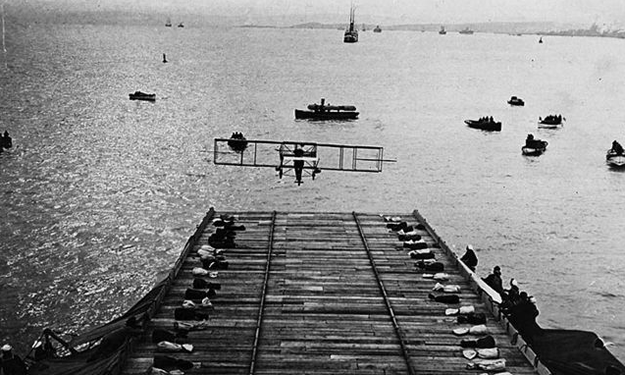 One hundred years is a very long time. Yet in the hierarchy of modern marvels, the ability to recover and launch aircraft from the deck of a moving ship stands out as one of our most signature accomplishments. Which just goes to show you: Some tricks never grow old.

Naval aviation was invented one hundred years ago yesterday, on January 18, 1911, when a 24 year-old barnstormer pilot named Eugene B. Ely completed the world’s first successful landing on a ship. It happened in San Francisco Bay, aboard the cruiser USS Pennsylvania, which had a temporary, 133-foot wooden landing strip built above her afterdeck and gun turret as part of the experiment.

In honor of the occasion our friends at Telstar Logistics bring us the featured article; Eugene Ely Invented Naval Aviation, Exactly 100 Years Ago In San Francisco (click to learn more).