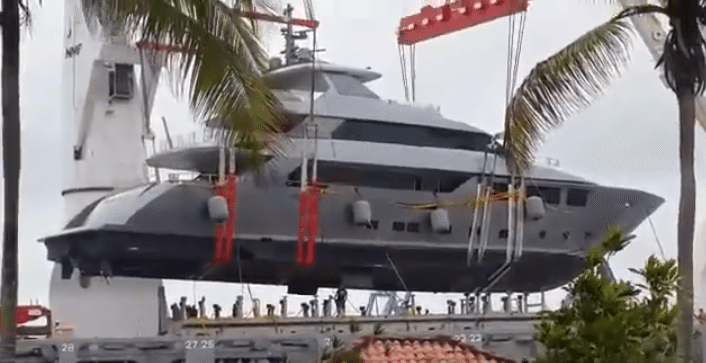 The video below was just posted to facebook by the Panama-based website Mi Diario and shows a heavy lift project going horribly wrong.

You can watch the video below:

The ship appears to be the general cargo vessel BBC Spring, which as of Sunday was in Colon, Panama, leading us to believe that this happened sometime in the last few days during the offloading. As you can see, the yacht is being lifted by the ship’s two 400 metric ton cranes when it comes crashing back down onto the deck of the ship.

Local media reported Saturday that the video was recorded by tourists at the Colon 2000 port, near the entrance to the Panama Canal on the Atlantic side. Let’s just hope nobody was hurt or worse.

Below are some photos sent into us of the yacht loaded on the ship before the incident: