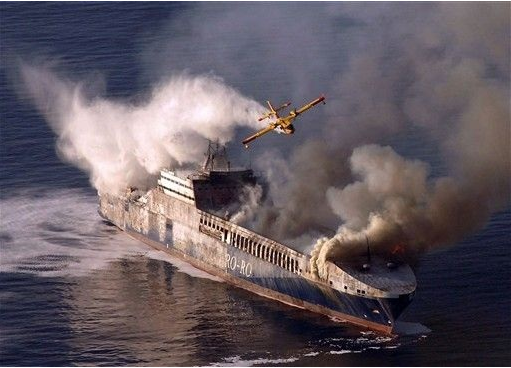 Rueters gives us the details on this catastrophic fire aboard the Ro-Ro Und Adriyatik:

A burning Turkish cargo ship with 1,000 tonnes of crude oil aboard was drifting towards Croatia’s Adriatic coast on Wednesday, threatening to pollute tourist beaches.
Firefighters, including Dutch experts in fighting ship fires, were trying to extinguish the blaze which broke out aboard the ship close to Croatian territorial waters early on Wednesday, officials said.
All 22 crew members and passengers had been rescued by a passing Greek ship and taken to Venice in Italy.
“The situation is dangerous but it’s under control at the moment,” Croatian Sea and Transport Minister Bozidar Kalmeta said before heading to the region. ” Continue Reading…

The ship during better days: 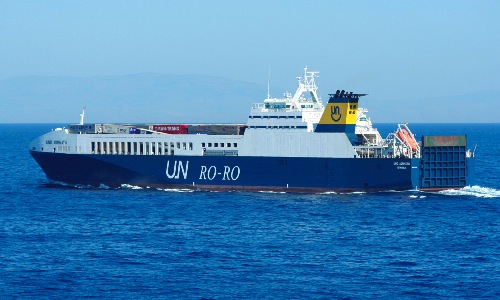 Video of the damage:

Video of the air drop: