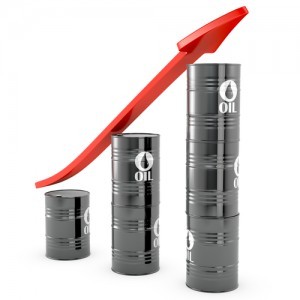 (Bloomberg) — Oil rose after a blast on a bus in Tel Aviv injured at least 10 people, boosting speculation that the conflict between Israel and the Palestinians of Gaza may disrupt crude supply from the Middle East.

Futures climbed as much as 1.3 percent after the explosion near the military headquarters in Israel’s commercial hub. Egyptian plans to announce a cease-fire in Gaza fell through yesterday following a weeklong barrage of Palestinian rockets and Israeli airstrikes. Prices advanced earlier after American Petroleum Institute data yesterday showed crude inventories fell for the second week in three. An Energy Department report today is forecast to show supplies increased.

“Until we get some further news from the Palestine-Israel situation, traders will probably trade from the long side,” Ole Hansen, senior manager of trading advisory at Saxo Bank A/S, said by phone from Copenhagen today. “There were increased hopes of a cease-fire in the Middle East yesterday. That has not really materialized.”

Brent for January settlement was up $1.37 at $111.20 a barrel on the ICE Futures Europe exchange in London. The European benchmark was at a premium of $23.60 to New York-traded West Texas Intermediate, the widest in four days.

The cause of the bus explosion in Tel Aviv wasn’t immediately clear, Israeli police spokesman Micky Rosenfeld said by telephone. Television footage showed broken windows and damage to the vehicle’s interior while the chassis was largely intact.

U.S. Secretary of State Hillary Clinton will shuttle today between Jerusalem, the West Bank and Cairo in a bid to salvage a proposed cease-fire intended to halt the bloodshed over Gaza. At least 138 Palestinians have died in the conflict, as have five Israelis.

Clinton met with Prime Minister Benjamin Netanyahu in Jerusalem and then travelled to the West Bank for talks with Palestinian Authority President Mahmoud Abbas. Her next stop is Egypt, where President Mohamed Mursi has been spearheading the search for a truce.

“Crude trade will remain choppy until we have some clarity on the Israeli-Gaza conflict,” Andrey Kryuchenkov, an analyst at VTB Capital in London, said in an e-mail. “Traders in the U.S. might not want to be short ahead of the long holiday weekend.” U.S. markets will be closed for the Thanksgiving holiday tomorrow.

Societe Generale SA raised its predictions for global oil prices next year, citing a “neutral outlook” for market fundamentals. The bank increased its price outlook for Brent to $110 a barrel from $103 previously, according to an e-mailed report. It forecasts WTI will advance to $97 a barrel, up from an earlier 2013 forecast of $92.

Anthony Nunan, a senior adviser for risk management at Mitsubishi Corp. in Tokyo, said Brent oil may trade between $105 and $112 a barrel in coming months.

U.S. crude decreased yesterday after failing to trade higher than the 50-day moving average for a second day, signaling technical resistance, according to data compiled by Bloomberg. This indicator, about $89.56 a barrel today, is where sell orders may be clustered. Crude rallied to $100 on Sept. 14, two months after breaching this chart-resistance level.

Crude stockpiles in the U.S. slid 1.9 million barrels in the week ended Nov. 16, the API’s report showed. The U.S. Department of Energy will release data for the same period at 10:30 a.m. today Washington time. The median estimate of 11 analysts surveyed by Bloomberg News before the department’s release of the data indicates that supplies in the period probably rose 1 million barrels.

“The stockpile numbers have been volatile and we’ll look to the DOE data” for direction, said Jonathan Barratt, the chief executive officer of Barratt’s Bulletin, a commodity newsletter in Sydney.

The API collects stockpile information on a voluntary basis from operators of refineries, bulk terminals and pipelines. The government requires that reports be filed with the Energy Department in Washington for its weekly survey.