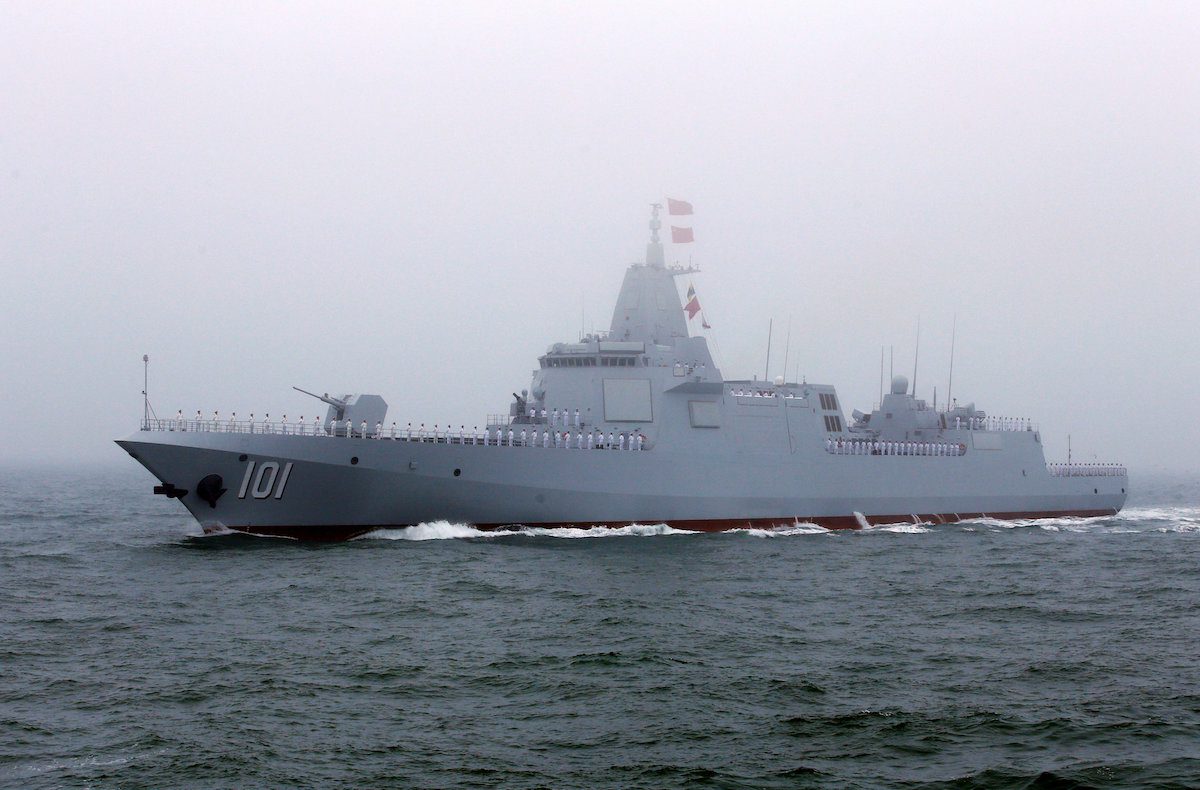 by Ben Blanchard (Reuters) China’s Defense Ministry on Friday denied U.S. accusations that the Chinese military had recently carried out missile tests in the disputed South China Sea, saying instead that... 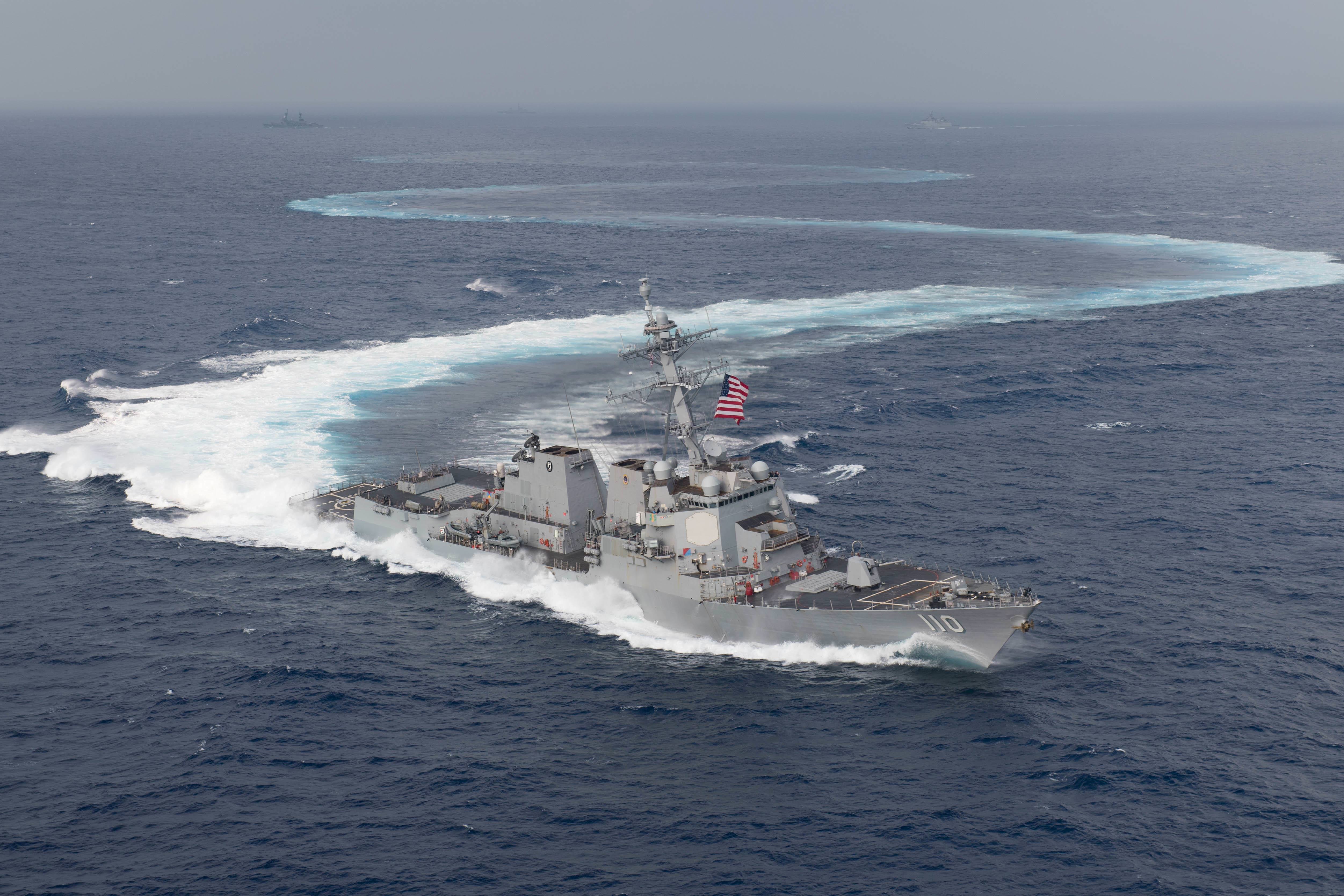 by Idrees Ali (Reuters) – The U.S. military said it sent two Navy warships through the Taiwan Strait on Sunday as the Pentagon increases the frequency of movement through the... by Linly Lin (Bloomberg) The head of the U.S. Navy warned China that its coast guard and maritime militia will be treated in the same way as the nation’s navy... China To Reveal New Warships During Naval Parade This Week

by Ben Blanchard (Reuters) – China’s navy wants maritime “tranquillity and good order”, its chief said on Monday, ahead of a parade to mark its 70th anniversary at which the military... ProPublica: How the Navy’s Top Commander Botched the Highest-Profile Investigation in Years

This article is part of a series originally published by ProPublica titled "The Navy's Disaster in the Pacific: Death and Neglect in 7th Fleet", exploring the collisions involving the USS Fitzgerald and USS John S. McCain. by Robert Faturechi and T. Christian Miller (ProPublica) Sen. Angus King wanted some straight answers. At a Feb. 12 hearing of a panel of the Senate Armed Services Committee, he... USS Fitzgerald: A Warship Doomed By Its Own Navy

By T. Christian Miller, Megan Rose and Robert Faturechi (ProPublica) A little after 1:30 a.m. on June 17, 2017, Alexander Vaughan tumbled from his bunk onto the floor of his sleeping... 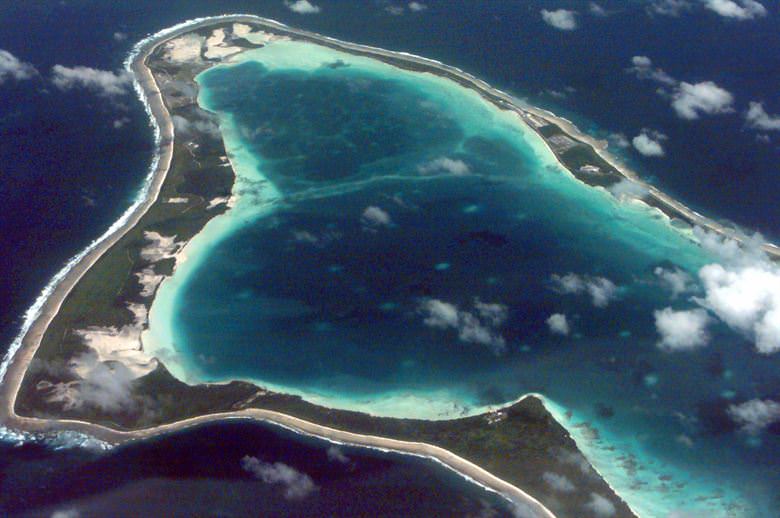 by Kamlesh Bhuckory (Bloomberg) The International Court of Justice said the U.K. should hand back to Mauritius control of an Indian Ocean archipelago where a key U.S. naval base is located....

by Raissa Kasolowsky (Reuters) – Iran successfully tested a cruise missile on Sunday during naval exercises near the Strait of Hormuz, Iran’s state media reported, at a time of heightened... Why Will All US Navy Ships Start Flying The Union Jack?

A US Navy order released on Thursday directs all ships of the fleet to start flying the union jack. Not to be confused with the national flag of the United... by James Stavridis (Bloomberg) A Defense Department report warns that China’s military buildup is reaching the point where it can attempt to “impose its will on the region and beyond.” Visiting...

by Robin Pomeroy (Reuters) – Iran on Friday began large-scale naval drills at the mouth of the Gulf, which will feature its first submarine cruise missile launches, state media reported,... by Andy MacAskill (Reuters) – Britain on Thursday admitted that talk by its defense minister of deploying a warship in the Pacific had complicated the delicate relationship with China. When... MANAMA, Bahrain — The guided-missile destroyer USS Jason Dunham seized an illicit weapons shipment found aboard a stateless skiff in the international waters of the Gulf of Aden, Aug. 28... by Zainab Fattah (Bloomberg) The U.S. Navy is conducting exercises this month to ensure its readiness to guarantee freedom of movement through Persian Gulf and Red Sea waterways amid escalating threats...

by Tom Balmforth, Andrew Osborn (Reuters) – Russia will begin a major naval exercise in the Mediterranean on Saturday, the Ministry of Defense announced, a move the Kremlin said was justified...