The sinking of the Bourbon Rhode was a major story in 2019. The Bourbon Offshore tug, with 14 crew on board, sank in the middle of the Atlantic Ocean on September 26, 2019 during a voyage from Las Palmas, Gran Canaria to Georgetown, Guyana after experiencing heavy weather from category 4 Hurricane Lorenzo.

Three of the vessel’s crew members were subsequently rescued from a life raft. The bodies of another four were recovered and seven were never found. Searchers also located an overturned fast rescue craft from the vessel.

One of the survivors was Ukrainian seafarer Yevgeniy Nikolov. He sustained injuries in the incident and has been unable to return to working at sea. But working with the Marine Transport Workers’ Trade Union (MTWTU) of Ukraine, he was able to obtain “a substantial amount in compensation.”

“I can say for sure: I turned to the right place,” said Nikolov, while speaking to cadets and fellow MTWTU seafarers. “You listened to me, looked into my problem and did everything to help. I am grateful for everything that has been done for me and my family and I will gladly share my experience with other seafarers.”

MTWTU Chairman Oleg Grygoriuk described how they were able to help the injured seafarer and win his claim.

“We were quite radically minded discussing the strategy, given that the company kept ignoring open negotiations for one and a half years. However, it is noteworthy that the company acted quickly as soon as it found out that Yevgeniy’s interests were represented by the MTWTU,” said Grygoriuk.

“It’s no coincidence that when employers such as this hear that a seafarer has the backing of the ITF union family, and us, the only maritime ITF affiliate in Ukraine,” Grygoriuk added.

Join the 73,586 members that receive our newsletter. 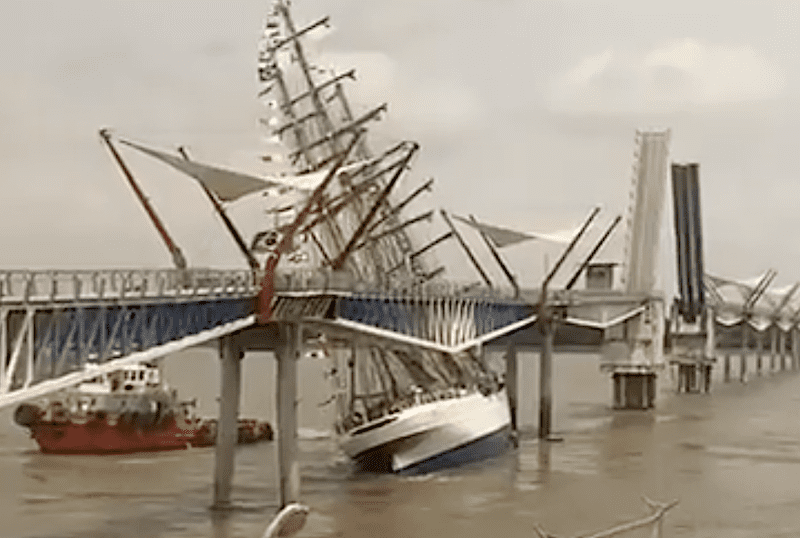 The Brazilian Navy tall ship Cisne Branco collided with a draw bridge over the Guayas River in Ecuador on Monday. Video of the incident was posted online and shows the...