CW4 Michael Carr graduated from the US Coast Guard Academy and served 10 years as a US Coast Guard Officer while assigned as the Diving & Salvage Officer at the USCG Atlantic Strike Team. Carr then joined the US Army Watercraft community and sailed as a US Army Watercraft Master for 15 years. He has deployed to Iraq as an Electronic Warfare Officer, holds a US Coast Guard All Oceans Masters License, and has taught at Kings Point, Maine Maritime Academy, and MITAGS (Maritime Institute of Technology and Graduate Studies). He presently resides in Florida where he teaches diving and operates Haze Gray Maritime LLC. By CW4 Michael W. Carr (Retired) – “Hey, you guys want to haul some ammo and gear out to San Clemente Island for us?” asked the SEAL officer. The Instructor, a retired Navy SEAL, spoke with a quite, steady and commanding voice: “Load one nine round magazine, lower the hammer, place your weapon 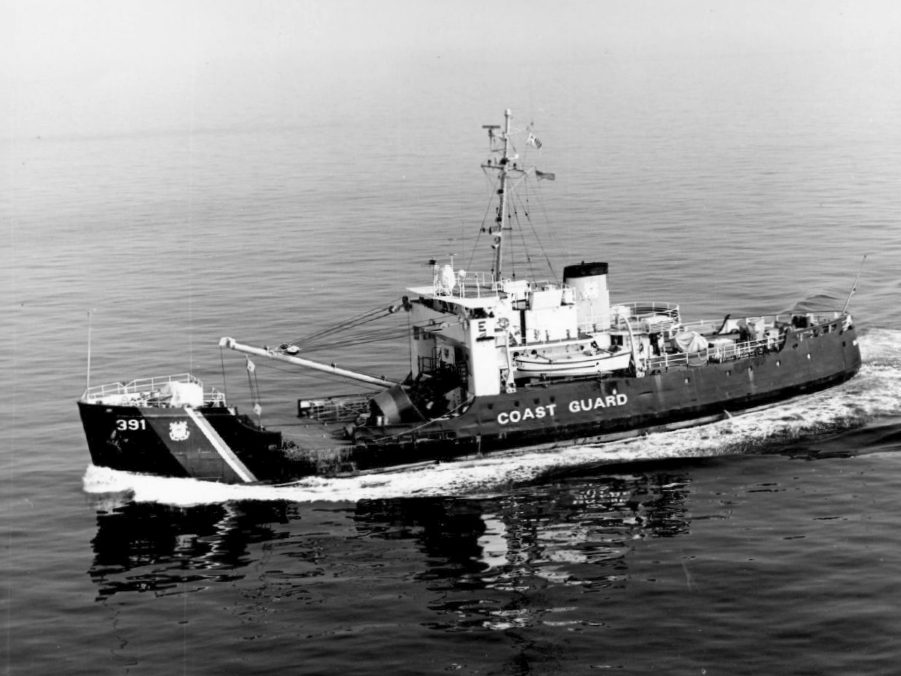 By Michael Carr – He braced himself against the ship’s starboard side and stared inward through the chartroom’s one porthole. He inhaled and exhaled, Aground on the Silver Strand

By Michael Carr – He was hard aground on the Silver Strand Beach at Coronado Island CA. Well, not just himself, but also his 315-foot ship and 32 Soldier By Michael Carr – Tobacco Juice is the Island’s unofficial name. This mound of granite and scrub is just barely an Island, more like a pile of large By Michael Carr – Maine Maritime Academy sits on the shores of Penobscot Bay Maine, where the surface water temperature rarely exceeds 50 F, and Is He Dead? Or What Is a Stoma?

By Michael Carr – “Is he dead?” the diver asked. “Shit, I have no idea,” his buddy said. “Is he breathing?” asked the first diver.

Sometimes There is No Solution

By Michael Carr – He looked in through the C-130’s rear cargo doors. He could see all the way up to the cockpit landing, and just stared as he and By Michael Carr – “SWITCH ON!” the diver yelled into the speaker inside his Superlight 17 fiberglass diving helmet. This command was received on the By Michael Carr – He pondered the sailing chart, visualizing the route they would take tomorrow. He was still comparing options and resolving in his head Carr: Going 50 Knots with Your Hair on Fire

By Michael Carr – “All boats, comms check, report when ready.” Three Riverine Warfare boat captains respond with “loud and clear”, and then Dropping Anchors in the Gulf of Mexico: 60 Days of Letting Her Go and Pulling Her Up

By Michael Carr – Each of American Salvor’s four 6,000 lb. anchors were attached to its own huge winch by hundreds of feet of 1.5-inch diameter It Never Ends: A Month of Towing in the Bering Sea

By Michael Carr – He could not take it anymore. It was all too much. The constant gale force winds, the paranoid Master, the degenerate 2ndmate, the Carr: Tons Per Inch Immersion, or What Was I Thinking?

By Michael Carr – A 70-ton, 75-foot tug hung in the air 10 feet from the bridge windows. The ships master was attempting to maneuver his vessel sideways,

Join the 82,657 members that receive our newsletter.