The captain and first officer of the MV Wakashio are set to be released from custody in Mauritius following their sentencing Monday.

Having already spent 16 months in custody, Captain Sunil Kumar Nandeshwar will be reunite with his family back in India. Together with his first officer, the pair was sentenced to 20 months in prison Monday by the Intermediate Court for the grounding of the MV Wakashio on the night of Saturday, July 25, 2020, on the reefs of Pointe-d’Esny, in the southeast of the island of Mauritius, in the Indian Ocean.

Magistrate Ida Dookhy Rambarun took into consideration the fact that the captain pleaded guilty on Monday, December 20, before handing down the sentencing. The same sentence was imposed on the first officer, Hitihamillage Subodha Janendra Tilakaratna, 45, who will be deported to Sri-Lanka in a few days, while the prison administration calculates the time he spent in custody.

The magistrate deplored that the accident, which caused an oil spill, occurred due to substandard navigation, coupled with negligence. She noted that the captain decided to come close to Mauritius so as he could catch the Mauritian cell phone network even if he didn’t have the appropriate maritime chart at hand. He admitted having approached the island at 5 nautical miles in the past, while the internationally recommended distance is 12 nautical miles.

On the evening of the accident, the magistrate emphasized, the captain was attending a birthday party where alcohol was being served while the first officer was at the helm. The captain also dispensed the Lookout Officer of his duties so that he, too, could attend the birthday party of one of the engineers. The Lookout Officer was supposed to ensure that there was no danger lying ahead for the MV Wakashio, which was sailing so close to the Mauritian coast.

Captain Sunil Kumar Nandeshwar ended up on deck, under the influence of alcohol, when the ore carrier had run aground on the reefs. As for Hitihamillage Subodha Janendra Tilakaratna, he admitted that the MV Wakashio was on autopilot. He also revealed that he was not using the proper chart so that he could judge where the Mauritian reefs were. He also did not consult the echo sounder, which proved to be fatal, and did not object to the Lookout Officer being relieved of his post.

The magistrate points out that both men were distracted that night, being more interested in picking up the mobile phone network. She says she regrets that the country had to “suffer irreparable damage” because of them and “drew the attention” of the authorities to the “loopholes” in the control of foreign ships in Mauritian waters. She deplored the fact that they could come so close to our coast, which is a national security issue, without any prompt reaction from the Coast Guard.

She rejected the argument from the defense lawyers that the defendants should be condemned for the offense committed and not for the damage that this accident caused. She believes that their “irresponsibility” is the cause of the disaster that held the island in suspense and that they should have shown better professionalism. Both the captain and the first officer asked for the leniency of the court. Hitihamillage Subodha Janendra Tilakaratna, added that he was morally and physically tired, being stressed by the fate of his family back home, due to the Covid-19 pandemic.

Sailing from the Chinese port of Lianyungang, Jiangsu, on Saturday, July 4, 2020, the Panamanian-flagged bulk carrier was on its way to Tubarão, Santa Catarina, in southern Brazil, when it veered off course after refuelling in Singapore. The captain wanted his men to be able to use WhatsApp to communicate with their loved ones, the majority having spent more than a year at sea due to the pandemic that had just spread from China throughout the whole world.

The 203,130 ton ship stopped at 900 meters from Pointe-d’Esny. Without the reefs, the casualty would have been more severe. One of its three tanks ruptured on Thursday, August 6, 2020 due to the effect of the swell on the hull. 1,000 tons of heavy oil spilled into the lagoon. The 300-meter long by 50-meter wide hull finally broke up nine days later. The front part of 225 meters was sunk 3,180 meters deep in the afternoon of Wednesday, August 19, 2020 at 20 nautical miles from the village of Vieux-Grand-Port.

This accident, it should be recalled, led to the death of four sailors on the night of Monday, August 31, 2020. The “Sir Gaëtan”, a tugboat of the Mauritius Ports Authority (MPA), in charge of managing the Port-Louis’ harbor, sank off Poudre-d’Or when it was damaged by a barge it was towing due to heavy swells. The barge was on stand-by at Pointe-d’Esny after the oil spill. Three crew members were found drowned. The captain, Moswadeck Bheenick, was never found.

Join the 75,030 members that receive our newsletter.

The former Captain and Chief Mate of the MV Wakashio have been sentenced to 20 months in prison over the 2020 shipwreck, amounting to time served. By Kamlesh Bhuckory (Bloomberg) —... 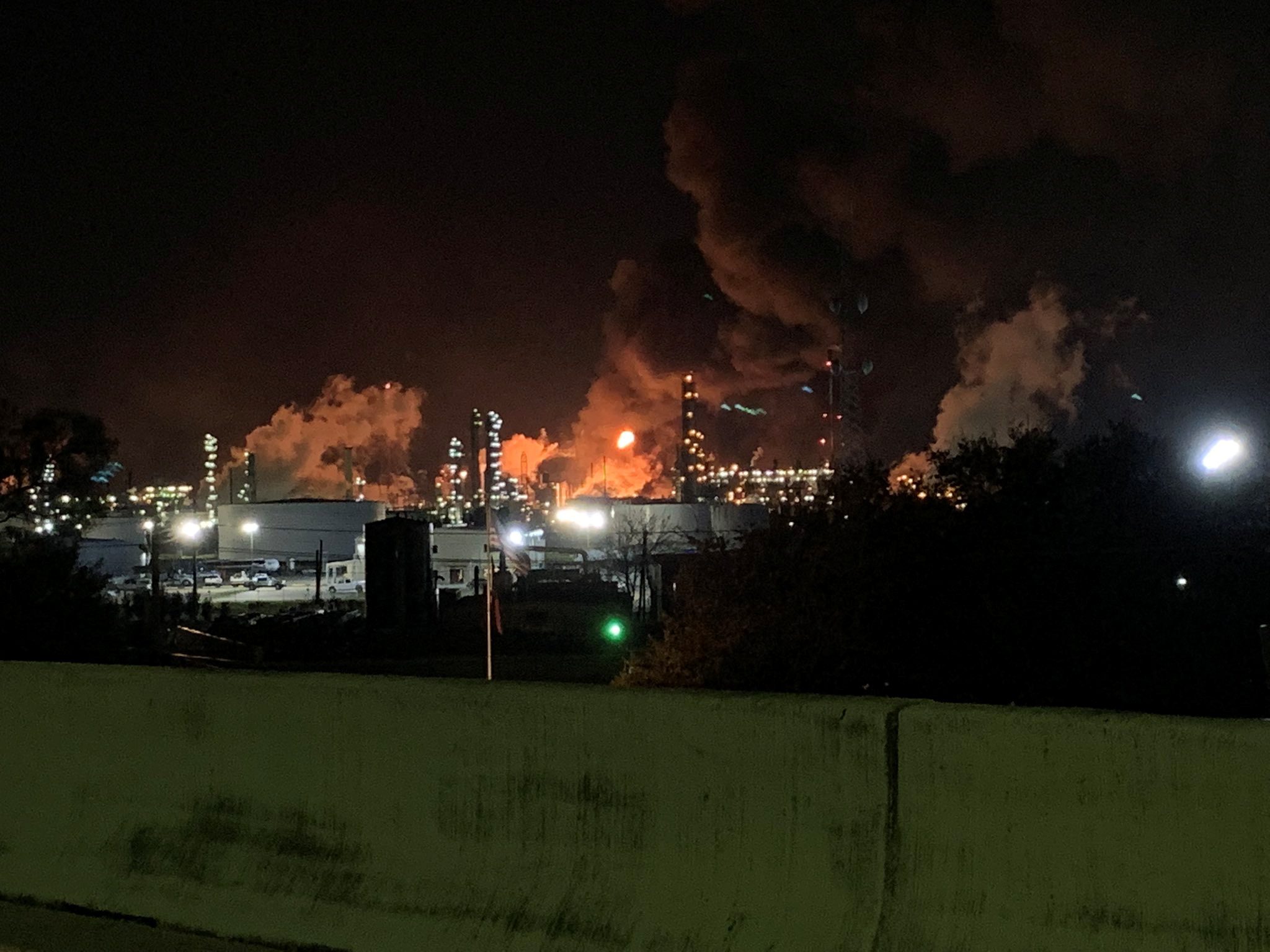 By Arpan Varghese Dec 23 (Reuters) – Four people were injured when a fire erupted on Thursday at an Exxon Mobil Corp complex in Baytown, Texas, one of the largest...