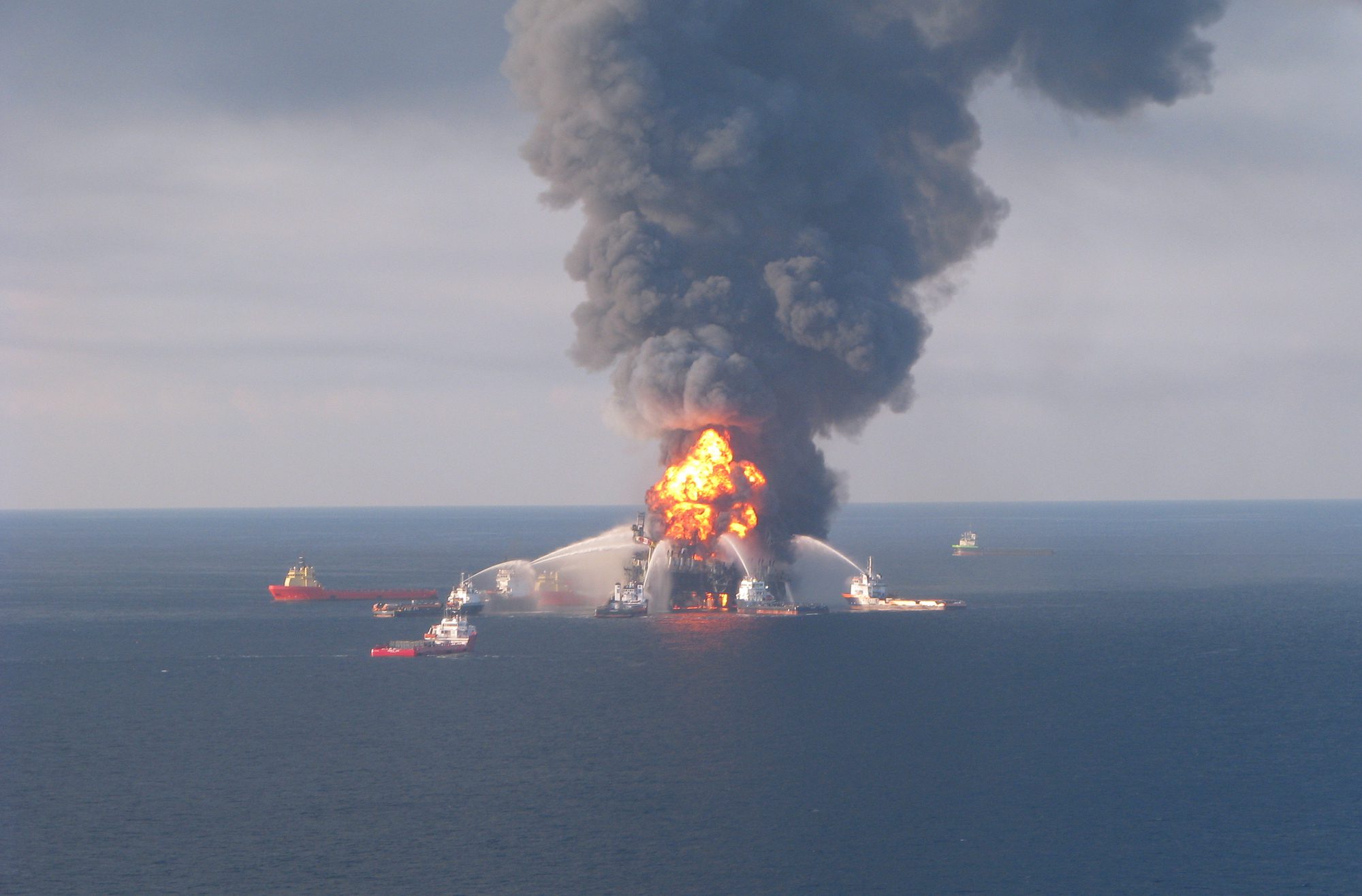 The World’s Most Dangerous Maritime Jobs

No one would dispute the fact that maritime work is dangerous. Conditions on any offshore rig, barge, dredge, and other vessels can be treacherous, even in calm waters. Offshore oil rig workers have a fatality rate that’s seven times the average for the U.S. workforce. Workers in marine terminals and port operations are at risk too, with a fatality rate that’s five times the national average.

What specific dangers do maritime and offshore workers face? What are the most dangerous maritime jobs? This article will answer these questions and offer insight into maritime workers’ rights.

The first category of maritime workers should come as no surprise. Roustabouts, welders, drillers, tool pushers, rig managers, and all other offshore oil rig workers face danger every day. They work on rigs surrounded by water, without nearby medical resources. They are responsible for extracting oil and gas from beneath the seafloor in extreme conditions. Their work is physical in nature, and they often work long shifts with little rest. When a catastrophe like a fire or explosion occurs, they have nowhere to go.

The U.S. Centers for Disease Control and Prevention (CDC) released a Morbidity and Mortality Report titled Fatal Injuries in Offshore Oil and Gas Operations, which showed startling fatality rates for offshore rig workers. According to the report, workers in the oil and gas extraction industry (offshore and on land) had a fatality rate of 27.1 per 100,000 workers, about 7 times higher than the national average.

Of all offshore rig workers, roustabouts have one of the most dangerous jobs. They’re usually the least experienced or newest crew members, and their initial responsibilities may require minimal training. Their duties will vary widely depending on the day and their skill level, with the risk increasing as they gain more experience and begin performing more complex jobs. Roustabouts are often at risk of slipping and falling, being struck by swinging loads or flying objects, or being exposed to dangerous chemicals or equipment.

When offshore rig workers are forced to do their jobs in unsafe conditions, their risk of injury increases exponentially. The Deepwater Horizon disaster is the perfect example. The rig caught fire and sank in April of 2010, claiming 11 crew members’ lives and causing an oil spill that took 3 months to stop, after it had released about 4.9 million barrels of oil into the waters of the Gulf Coast. The incident was caused by a surge of natural gas that blasted through a concrete core that had been installed to cap the well.

The concrete core had been recently installed by Halliburton. The rig was owned and operated by Transocean and leased by BP. All three companies were found to have committed “a series of identifiable mistakes…that reveal such systematic failures in risk management that they place in doubt the safety of the entire industry.” This statement was included in the National Commission on the BP Deepwater Horizon Oil Spill and Offshore Drilling’s Report to the President.

About 99 percent of all overseas trade enters and leaves the United States by ship. This cargo comes and goes through over 3,700 marine terminals and 1,400 intermodal connections across the country. Ports and terminals are busy, dynamic environments with a lot of traffic from industrial equipment, trucks, and other vehicles. The workers at these terminals have some of the most dangerous jobs in the maritime industry. They may not work in the open sea, but they are still at high risk of injury or death because of the nature of their jobs and the environment where they work.

According to the National Institute for Occupational Safety and Health (NIOSH), there were about 98,000 marine terminal and port operations workers in the United States in 2017. Many of these were longshoremen. From 2011 to 2017, these workers lost their lives in workplace accidents at a rate of 15.9 per 100,000 workers—about 5 times the average fatality rate for the U.S. workforce. During that same time, workers in ports and marine terminals were injured about two times more often than the average American worker.

Longshore work is physically demanding. It is also performed in environments where workers are exposed to high temperatures, heavy equipment, and hazardous chemicals. Dockers must perform heavy lifting and repetitive motions and work in awkward positions and enclosed spaces. All of this adds up to higher accident, injury, and fatality rates. Longshoremen are at risk of being injured by falling objects, drowning, amputation, crush injuries, and head trauma.

The men and women who work on waterborne vessels face hazards regularly, regardless of their job titles or duties. This includes people who operate or work on tugboats, barges, container ships, cruise ships, commercial fishing boats, and dredge boats. Every seaman has the right to work on a vessel that is seaworthy. They are at risk of injury when owners and operators don’t take the necessary steps to inspect, repair, and upgrade the vessels where they work.

A tragic example involves the 2015 sinking of the El Faro, which claimed the lives of all 33 crew members. Why did the ship sail into a hurricane? An investigation by the National Transportation Safety Board (NTSB) revealed that the vessel was improperly maintained. It was in poor condition to sail into a hurricane (let alone the open sea), and the company simply made the wrong choice by deciding to push on. These factors ultimately led to the loss of the El Faro and its entire crew.

More recently, on April 13, 2021, the lift boat Seacor Power sunk after encountering severe weather off the Louisiana coast. 19 crew members were on board. Only 6 made it back alive. A preliminary report by the NTSB indicates that the crew was trying to lower the Seacor Power’s legs in order to weather the storm, but the vessel heeled to starboard and capsized before the legs could reach the seafloor. Why did the vessel go to sea in the first place? The investigation is ongoing.

The El Faro and Seacor Power are just two examples of the disasters that injure and claim the lives of seamen. Unfortunately, seamen are injured every day in incidents that never make the news. According to NIOSH, from 2011 to 2017, the fatality rate for workers in the water transportation industry was nearly 6 times the rate for all U.S. workers. Seamen lost their lives by drowning, work accidents, suicide, cardiovascular conditions, and workplace violence. Approximately 11,000 were injured.

As a seaman, the risk of harm comes from hazards like line handling, slippery surfaces, steep ladders, narrow passageways, and poorly maintained or inadequate equipment. Severe weather conditions enhance these dangers. Seamen are also at risk of exposure to hazardous chemicals and fuel. Contagious diseases and psychological issues can cause serious problems as well, from social isolation, language barriers, substance abuse, bullying, or the fear of piracy in international waters.

Spotlight on Underwater Welding: The Most Dangerous Job at Sea, or Anywhere

Underwater welders work on offshore rigs and pipelines, performing repairs beneath the water’s surface. They have, according to one study, the most dangerous job in the U.S. The last recorded statistics for the fatality rate for divers, as presented by the CDC, indicated that underwater welders were 40 times more likely to lose their lives on the job than the average U.S. worker. (You can read more here: The Dangers of Underwater Welding)

Seamen are tough. They work hard to do their jobs and to do them right. Even though they know the risks they face, this does not excuse preventable accidents and outright disasters that widow their spouses and leave their children without mothers or fathers.

Fatality rates that are 5, 6, 7, and even 40 times the national average are simply unacceptable. Maritime workers deserve better, and Arnold & Itkin leads the charge to protect offshore workers’ rights. When companies try to hide behind the 170-year-old Limitation of Liability Act or force seamen to sign away their rights to compensation, the firm’s maritime lawyers step up and hold them accountable. The firm successfully represented one-third of the Deepwater Horizon crew, three widows of the El Faro crew, and so many others by asserting their rights under the Jones Act, the Death on the High Seas Act, and other relevant maritime laws—making at-fault parties pay for what they’d done.

These cases are not easy, but they are important. They must be won to improve conditions for maritime workers across the planet. No matter what.