2013 was a wild year, with a lot of anticipated highs and some unexpected lows in the maritime world. Here is a look back at the top 20 stories that got you clicking 2011 has been a crazy year in the maritime and offshore industry and I think this years top ten list is proof to that.  Since the list is by number... It’s said that video can capture the words of a nation, which is why we bring you the top maritime photos from the tsunami that has stricken Japan. Tsunami At... 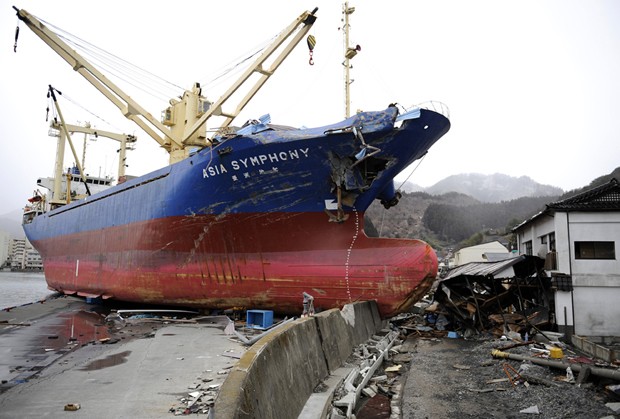 It’s said that a photo speaks a thousand words, which is why we bring you the top maritime tsunami photos from the earthquake that struck Japan. A man cycles by...

The Journal of Commerce has just released it’s rankings of the Top 40 Container Lines by import and export volumes based on data from the first nine months of 2010. ...

In the continuation of my article “Top 10 Recent Failures Of The USCG – Part 1” here is a list of the remaining modern-day failures: Periodic Review Of Offshore Licenses...

After making my decision to pursue a life at sea and accept an invitation to study in Annapolis my father said, “The Navy practices while the Coast Guard gets the...

Top 10 iPhone Apps When You Are Adrift At Sea!

Here is a great list of useful iPhone Apps from gCaptain’s author on everything DP, Sean Hogue.  You can find the original of this along with some all the latest...

To help promote our newly launched FireBoat Forum we write this post showing the Top 10 Fireboat Photos.  Most are from Flickr so be sure to click on the photo...

Top 10 Most Popular Pages at USCG.MIL

Yesterday, the U.S. Coast Guard announced the release of its top 10 video compilation for 2008 that highlights the service’s operations during a year marked by record cocaine seizures and...

10 Things To Know Before Boarding an “Unsinkable” Ship

Mental Floss brings us “Ship Happens – 10 Things To Know Before Boarding an “Unsinkable” Ship“: So, on that note, today is the 96th anniversary of the sinking of the Titanic. Yes,...