Pirates Become Politicians. Poachers Become Wardens By Robert Young Pelton, Somalia Report The most talked about, not talked about, story this week is who will replace Sterling Corporate Services as... Oceans Beyond Piracy, the same advocacy group that calculated the economic cost of piracy by the numbers, has just released its second annual installment of it’s “Human Cost of Piracy”... As we saw yesterday, the European Union’s Naval force, known as EUNAVFOR, has conducted its first airstrikes on pirate targets along the beaches in Somalia since declaring in March that... A Reformed Pirate Tells his Story By Abdihakim Warsame, Somalia Report Youth are a largely curious and impressionable lot who are prone towards the more dramatic and popular occupations and... By JD, Somalia Report The Iranian Navy rescued an oil tanker from an attempted pirate hijacking in the Gulf of Aden on Monday, according to Somali pirates based in Harardhere.... By JD, Somalia Report Somali pirates released the Indian-flagged Savina al-Salaam and its 16 all-Indian crew without ransom on Thursday, as owners and pirates confirmed to Somalia Report. A representative of the... 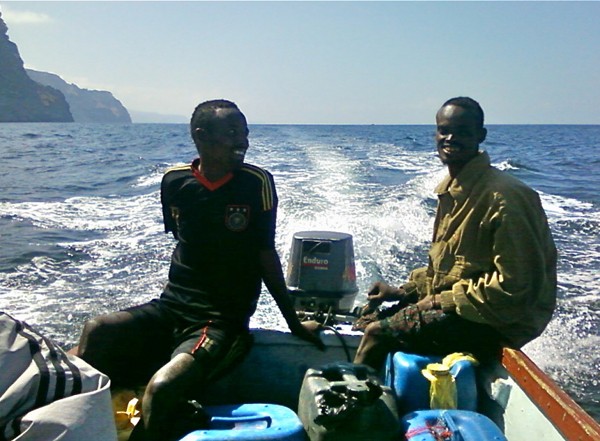 By JD , Somalia Report Officials in Somalia’s semi-autonomous region of Puntland have welcomed EU plans to expand their anti-piracy operation to include the coast of Somalia. German Foreign Ministry spokesman, Andreas... By JD , Somalia Report Police from Somalia’s semi-autonomous region of Puntland have seized 10 pirates during anti-piracy operations in the area between Dhinooda and Garacad villages in Mudug Region, senior officers... By JD, Somalia Report Police from Somalia’s semi-autonomous region of Puntland seized 43 pirates during operations against pirates in the village of Garacad in Puntland’s Mudug region, senior officials said. Officials... By JD, Somalia Report The number of pirate attacks off the Somali coast has declined considerably in recent weeks due to strong winds and storms with pirates reporting that at... Smugglers, Militias, Pirates Fight Police for Mareero Village in Puntland By JD, Somalia Report At least one person died and another was wounded after police from Somalia’s semi-autonomous region of... By Mohamed Odowa, SomaliaReport.com Claims that at least six Somali pirates were killed and three others were captured by the crew of the Greek owned MT Liquid Velvet chemical tanker which... Sec of State Hillary Clinton Orders Embassies to Sell the Use of Contractors By Robert Young Pelton, SomaliaReport.com Somalia Report has obtained an unclassified document from the U.S. State Department that... The Crew of MV Iceberg 1, Abandoned by her Owners, Tortured by Somali Terrorists

The MV Iceberg 1 is a Panama-flagged Roll on-Roll off ship that was attacked and overrun by pirates on 29 March 2010.  Since that time, the crew has been left... The Other Side of Piracy – a Somalia Report Analysis

Should Shipping Companies Lower Surcharges to Reflect Lower Threat? By Robert Young Pelton, Publisher, SomaliaReport.com This week’s hijacking of the chemical tanker MV Liquid Velvet by Somali pirates should have brought something to... By Andrew Mwangura, Somalia Report UPDATE: Based on Somalia Report‘s information the vessel should be anchored off Bandar Murcaayo or Rasu Bina near Bargal. Somali pirates hijacked the Greek-owned MT Liquid Velvet chemical... By Aweys Cadde, Somalia Report Police from Somalia’s semi-autonomous state of Puntland have arrested 15 suspected Somali pirates as they planned to hijack foreign ships operating along the coastline of...