A Russian-owned cargo ship has been evacuated after running aground Sunday and partially sinking along a breakwater in Yamagata prefecture in northeast Japan. According to Russian media, the Panama-flagged ‘City’ ran... The crew of a containership helped rescue a man from his disabled sailboat off Cape Hatteras, North Carolina more than 60 days after he went missing. It’s so cold in the midwest that the U.S. Coast Guard on Thursday rescued (or stopped) a man from walking across frozen Lake St. Clair from Detroit to Toronto. The... Five people were rescued from an Irish fishing vessel this week as the ship foundered in the waters off Scotland. One sailor was killed and two others were seriously injured Friday in an apparent lifeboat accident while off the coast of Germany near the Elbe River. 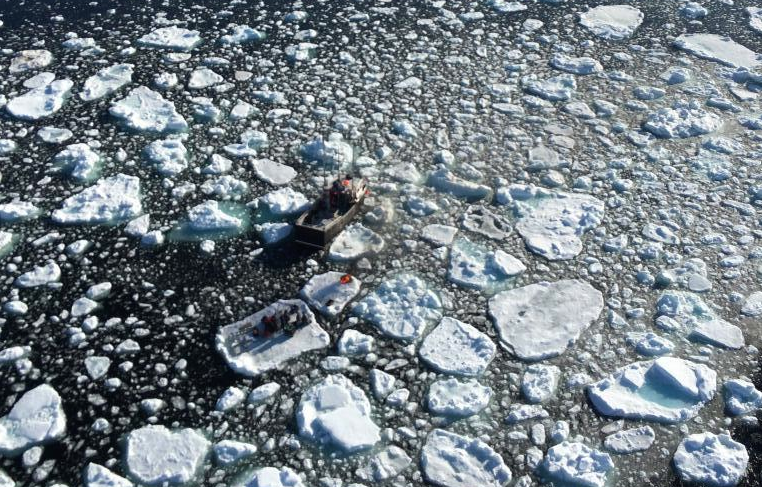 Five fishermen were rescued Sunday from the icy waters of Notre Dame Bay off the northeastern coast of Newfoundland after abandoning their fishing vessel, the DLL Venture, which was rapidly taking on water. A volunteer RNLI lifeboat crew from Teignmouth shows off their boat roping skills to stop a runaway speedboat after its operator was bucked off. Yeehaw!! VIDEO: This Is What It Looks Like to Blaze Through London On a RNLI Lifeboat

Work with a view, I’ll take it. 1 Critical After Workboat Capsizes Near Seattle

U.S. Coast Guard and fire and police personnel rescued three people Friday afternoon from a capsized survey vessel off Alki Point near downtown Seattle, but a fourth person who was recovered is considered to have sustained life-threatening injuries. In 2000, Trevor Wilson made an attempt at a lifelong dream. This morning, the 72 year old sailor and author of the book "Sailing Alone Across The Atlantic" had to be rescued for the fourth time, and he lost his sailboat. The Truth About Cold Water

Note: With the spring boating season upon us, the U.S. Coast Guard warned today that although the air temperatures are warmer, the water is still cold and presents a significant danger... Contractors to the Rescue

The U.S. Bristow Group announced today that the United Kingdom has awarded its British affiliate a new contract to provide civilian Search and Rescue services for the entire U.K.  Beginning... Like wrangling a wild horse at sea, the RNLI shows off a few tools in their rescue toolbox by capturing a runaway fishing boat. Ok, so maybe it’s not like... Tanker Against The Rocks – Incident Video Of The Week

As we reported early last month, the crew of the 150-meter ship Italian tanker Gelso M was evacuated by helicopter in a heroic fight against fierce wind and rain following her... Sitting in the chief’s office of Coast Guard Station Fairport Harbor in Mentor, Ohio, I’m reading the legal release that I have to sign if I want to be part... Rambler 100 skipper George David is interviewed this morning following the dramatic capsize of his yacht and successful rescue of his crew. http://www.youtube.com/watch?v=JnbsFI6BZrw The media crew for Team Phaedo, one... Two yachtsmen owe their lives to the fliers of 771 Naval Air Squadron after a dramatic rescue in a gale 100 miles off Cornwall. Aircrewman Sgt Tony Russell RM was...

Join the 73,598 members that receive our newsletter.