The USS Gerald R. Ford (CVN 78) completed its third and final round of blasts as part of its Full Ship Shock Trials off the coast of Jacksonville, Florida, on... 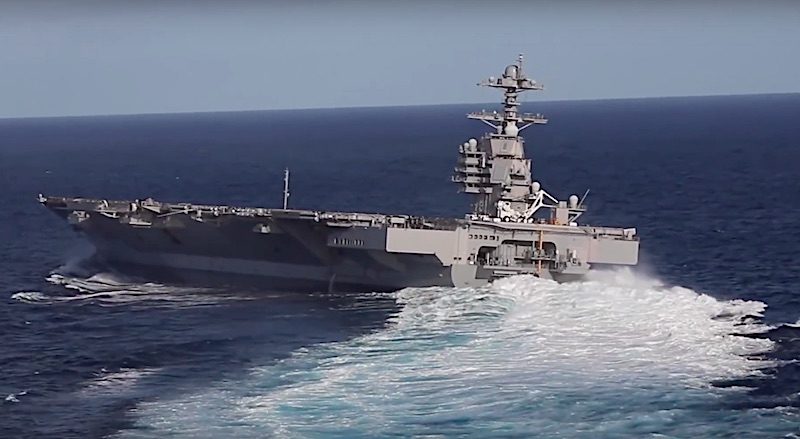 The U.S. Navy next-generation aircraft carrier, USS Gerald R. Ford (CVN 78), returned to sea for this week for a series of sea trials prior to returning to Naval Station... By Tony Capaccio (Bloomberg) — The Navy is asking Congress to shift $30 million from other accounts to start repairing a damaged gear on the service’s costliest warship, the Gerald... 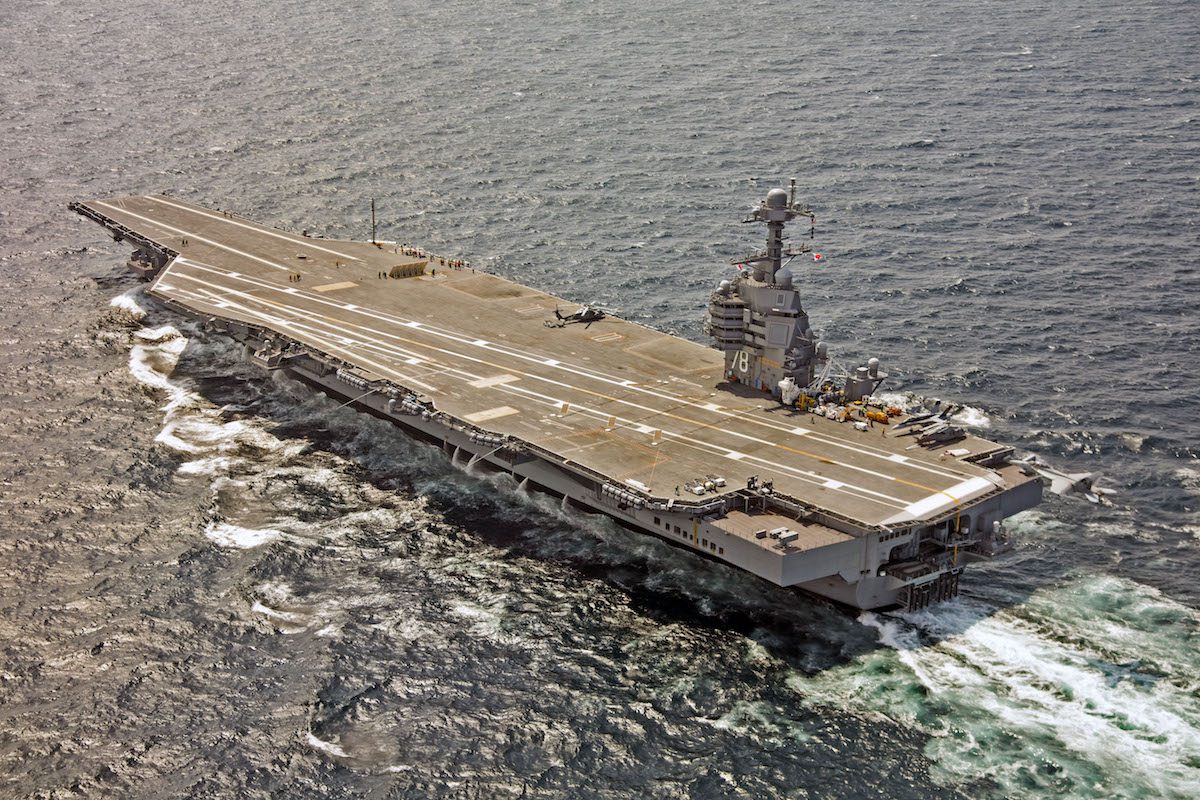 By Tony Capaccio (Bloomberg) — The Gerald R. Ford, the U.S. Navy’s costliest warship, suffered a new failure at sea that forced it back to port and raised fresh questions about the... Navy Backs Down On Carrier Shock-Testing

By Anthony Capaccio (Bloomberg) The Pentagon’s No. 2 civilian has said the Navy should perform shock-testing soon to determine how well its new $12.9 billion aircraft carrier — the costliest... The U.S. Navy is getting ready to commission its newest and most advanced aircraft carrier, the future USS Gerald R. Ford (CVN 78), during a ceremony this Saturday at Naval... By Tony Capaccio (Bloomberg) — President Donald Trump is scheduled to preside over the commissioning this week of the Navy’s newest aircraft carrier, the Gerald R. Ford, even though it... By Tony Capaccio (Bloomberg) — The newest and costliest U.S. aircraft carrier, praised by President Donald Trump and delivered to the Navy on May 31 with fanfare, has been dogged... The U.S. Navy’s next-generation supercarrier, the future USS Gerald R. Ford (CVN 78), has taken to sea for the first time for several days of builder’s trials off Virginia’s coast.... by Anthony Capaccio (Bloomberg) The Pentagon’s top weapons buyer has ordered an independent review of the $12.9 billion Gerald R. Ford aircraft carrier, citing a list of actual and potential deficiencies with the... By Tony Capaccio (Bloomberg) — The USS Gerald R. Ford — the Navy’s newest aircraft carrier and the costliest U.S. warship at $12.9 billion — won’t be delivered until at... By Tony Capaccio (Bloomberg) — Top Pentagon officials have ordered the Navy to conduct shock tests at sea for its new aircraft carrier over objections from the service, which...

The cost of the U.S. Navy’s new aircraft carrier is likely to keep rising from the $12.9 billion now estimated, with the final price masked by deferring some work until after the ship is delivered, the Government Accountability Office said. On Sunday, November 17, 2013, the first-of-class aircraft carrier for the U.S. Navy, Gerald R. Ford (CVN 78), was launched into the the James River for the first time.