by John Konrad (gCaptain) Rachel Slade is a journalist and author of the bestselling book about the El Faro incident. Her book Into the Raging Sea has received keen reviews from the... Sorry Admiral Zukunft, You Are NOT “Clear and Unambiguous” USCG Calls For PLBs On EVERY Life Jacket By Letitia Stein TAMPA, Fla., Feb 17 (Reuters) – U.S. investigators stood in silence for 33 seconds on Friday as they concluded the public phase of a probe into the... By Letitia Stein TAMPA, Fla., Feb 6 (Reuters) – The U.S. investigation into the deadly sinking of a cargo ship during a 2015 hurricane entered its final hearing on Monday,... The third and final Coast Guard Marine Board of Investigation hearing into the loss of the American cargo ship El Faro has been scheduled for next month in Jacksonville, Florida....

Today, the National Transportation Safety Board (NTSB) released a transcript of the S.S. El Faro’s voyage data recorder (VDR), in addition to several other factual reports, to the docket for its... Theresa Davidson, the wife of Captain Michael Davidson, has never spoken publicly about the sinking or her husband’s death aboard the El Faro but she did talk with a team of NTSB... El Faro Captain Was Fired By Crowley In Row Over Safety

A Newly released transcipt of audio recording the El Faro’s last moments show a calm and collected Captain remaining on the bridge of his ship to help a crewmate stricken by fear...

With the NTSB’s release of the El Faro’s VDR transcripts by the NTSB on Tuesday, the U.S. Coast Guard has scheduled its third and final round of Marine Board of... 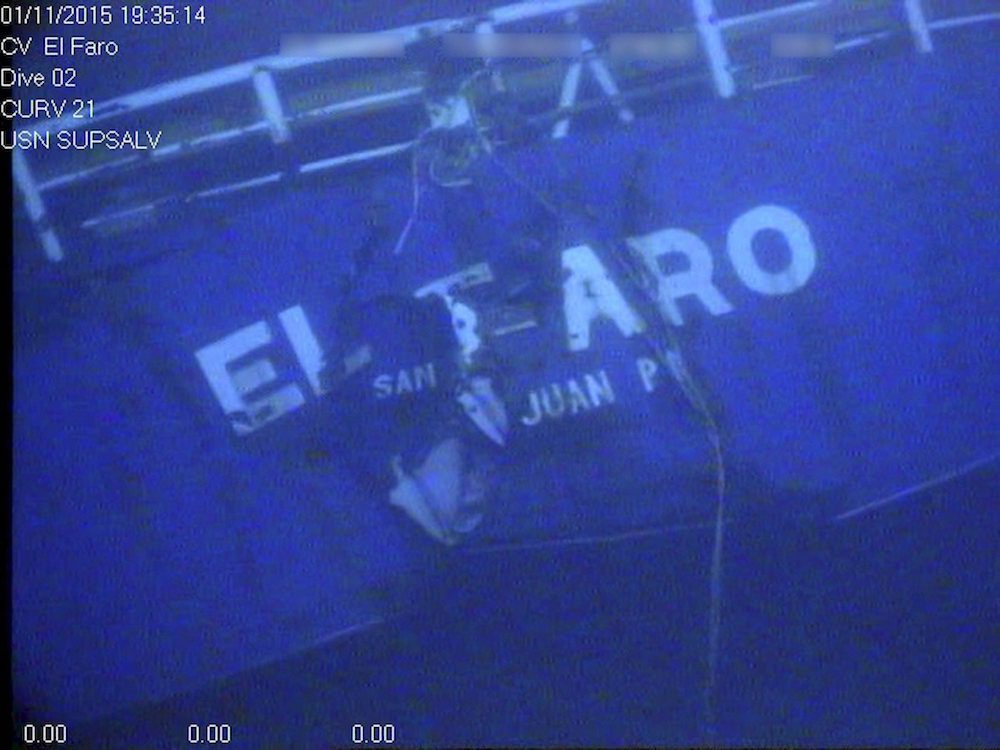 The U.S. Coast Guard Marine Board of Investigation has completed its review of the transcripts for the first public hearing session into the loss of the SS El Faro held... By Letitia Stein TAMPA, Fla., May 26 (Reuters) – U.S. investigators on Friday concluded two weeks of hearings into the sinking of cargo ship El Faro in a hurricane last... By Barbara Liston ORLANDO, Fla., Feb 26 (Reuters) – The U.S. investigation into the deadly sinking of the El Faro cargo ship during a hurricane last fall shifted direction on... Feb 20 (Reuters) – The captain of the doomed El Faro warned that the “clock was ticking” as his cargo ship took on water in an Atlantic hurricane that would...