International classification society DNV GL has announced plans to change it name to DNV. The current name has been in place since the 2013 merger between DNV (Det Norske Veritas)...

"Like CO2, plastic pollution in the ocean is everyone's problem," says Bjørn Haugland, DNV-GL's Chief Technology and Sustainability Officer. "And like CO2, all the solutions are not clearly visible at present. Innovation is needed." Oslo-based classification society DNV reports they are very close to completing their merger with Hamburg-based Germanischer Lloyd (GL), a deal announced in December of last year. “We have achieved clearance...

Increased focus on ship safety is DNV’s main priority when identifying critical issues in shipping. An extended focus on risk-based rules, safety barriers and identifying high-risk areas are means to... “Have we placed the mariner in a no-win situation?” asked Captain Anuj Chopra at yesterday’s Mare Forum conference in Washington, DC.  Chopra, the President of Anglo-Eastern LLC describes a frustrating...

Being ‘LNG Ready’ Could Be Best Option for Many Ships How Fast Will LNG Conquer the Marine Fuel Market?

By Lars Petter Blikom, Segment Director for Natural Gas at DNV Over the past week, here at DNV, we have done another market analysis to assess how fast LNG will...

OSLO – DNV and Statoil are today launching a competence programme that aims to enhance the two organisations’ knowledge about particular Arctic challenges. “Due to Arctic-specific risks such as remoteness, darkness,... Attractive payback periods from the additional investments required for LNG-fuelled shipping, along with no significant legal restrictions hindering development of LNG bunkering in Australia. This is the conclusion of a... 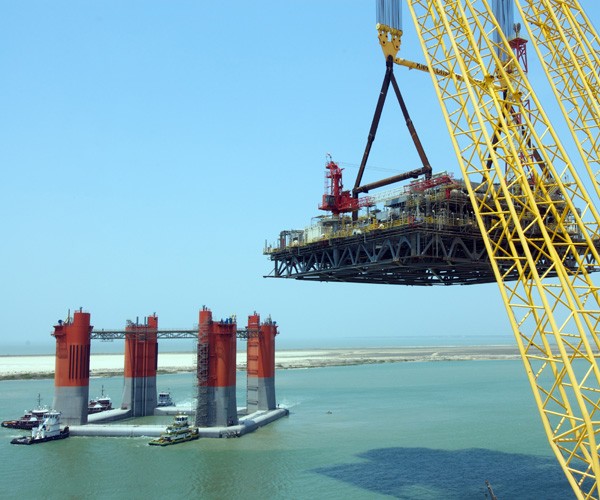 A major milestone was reached today for Norwegian classification society, Det Norske Veritas (DNV).  For the first time ever, DNV has been awarded the classification contract for the Delta House FPS,... Ships may soon be able to shed the unwanted accumulation of bacteria and other marine growth with the flick of a switch. Researchers have developed a new material that can... Financiers Hold the Throttle, and Key, to Shipping as Shipowners Lack Discipline

The 19th annual Hellenic-American and Norwegian-American Chambers of Commerce shipping conference was held yesterday at the Waldorf-Astoria hotel in New York City. The event was co-chaired by Brian Devine, a Partner at... Washington State Ferries and DNV Explore LNG as a Fuel

Like all commercial vessel owners, the Washington State Ferries’ (WSF) most significant expense is fuel.  As the largest ferry operator in North America, and the third largest worldwide, WSF burns... By Environment Correspondent Alister Doyle OSLO, Feb 4 (Reuters) – Plans by Arctic nations to start cooperating over oil spills are vague and fail to define corporate liability for any... DNV: The World’s Fleet is Going to Change as we Head for 2020

Oslo: The ratification of IMO’s Ballast Water Management Convention is not yet certain, and the global sulphur limit in 2020 is subject to a review in 2018. What is certain... LNG fueled propulsion has been shown to meet the strictest emissions control regulations – such as the global 0.5% sulphur cap, to be implemented between 2020 and 2024 – in...

Join the 71,165 members that receive our newsletter.