Norwegian oil major Statoil has decided to terminate its contract for the charter of the semi-submersible rig COSL Innovator, as well as suspend drilling operations with sister rig COSL Promoter. Statoil said... Due to overcapacity in their rig portfolio, Statoil announced today they will be laying up the COSL Pioneer in the fourth quarter of 2014. The COSL Pioneer has been on contract... Norway’s offshore safety regulators have given Statoil consent to use the COSLPioneer drilling rig to drill and complete a pair of wells at the Visund oil field on the Norwegian sector of... China Oilfield Services Limited (COSL) has announced the purchase of two GustoMSC CJ46 jack-up drilling rigs which are currently under construction at China Merchants Heavy Industry (Shenzhen) Co. In their...

On Wednesday, China Oilfield Services Limited (COSL) signed newbuild agreements for the construction of 15 vessels at five different Chinese shipyards. The vessels to be built are as follows: (1)... 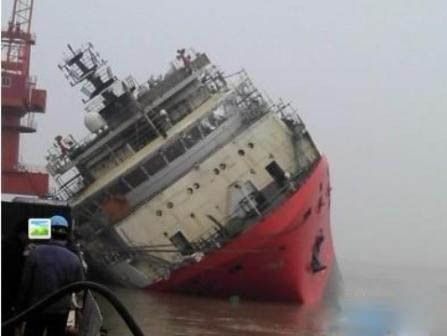 BEIJING -(Dow Jones)- A deepwater oil exploration vessel belonging to China Oilfield Services Ltd. (2883.HK) sank Saturday during construction at a dock in east China, the company said in a...