“I think the pilot turned off the radio!”

By Owen Palmiotti (Coeval, Inc.)…I may have been in diapers when I first learned about communicating. Back then, I was most likely talking to my brother about which crayon tasted... 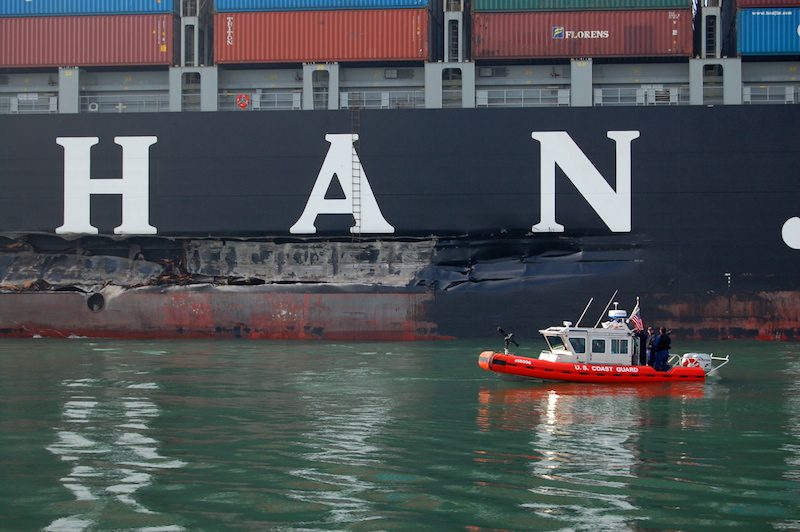 Infamous Cosco Busan Pilot Will NOT Get His License Back

John Cota, the former San Francisco pilot who infamously crashed the M/V Cosco Busan into the San Francisco-Oakland Bay Bridge on a typical foggy morning in November 2007 causing the discharge of some 53,000 gallons of oil, will not be getting his license back. John Cota, the infamous San Francisco bar pilot who crashed the Cosco Busan into the Bay Bridge in 2007, is suing the U.S. Coast Guard to get his license back.... The U.S. Coast Guard on Friday said that it has completed interviews, evidence collection, and a thorough safety inspection onboard the Overseas Reymar tanker and has cleared the vessel to... Was Speed a Factor in the Overseas Reymar Allision?

As the Coast Guard and the National Transportation Safety Board launch their investigation into Monday’s tanker allision with the San Francisco Bay Bridge, information available to the public has hinted... NBC Bay Area’s Joe Rosato Jr. gives us an inside look at the training process San Francisco Bar pilots go through, including simulator training held at the California Maritime Academy... The National Transportation Safety Board on Tuesday issued a recommendation to the U.S. Coast Guard that would subject Coast Guard personnel involved in serious marine incidents to timely post-accident drug...

John Cota, the former San Francisco ship pilot who shot to notoriety after crashing the M/V Cosco Busan into the Bay Bridge on a typical foggy morning in November 2007,... Federal and state government officials said Monday they reached a $44.4 million settlement with the operator of a oil tanker container ship that crashed into the San Francisco Bay Bridge... The owners and operators of the Cosco Busan, Fleet Management Ltd. and Regal Stone Ltd., have agreed to pay San Francisco’s local commercial fishermen approximately $3.65 million in damages as...

Some more events unfolded yesterday in the case of the Cosco Busan allision with the San Francisco Bay Bridge.  Fleet Management Ltd., the vessels operating company, plead guilty to two...

Earlier today, the National Transportation Safety Board released its final report on the allision of the M/V Cosco Busan with the Delta Tower of the San Francisco–Oakland Bay Bridge on...

Poll – What Is A Fair Sentence For John Cota?

Today, the National Transportation Safety Board (NTSB) held a public board meeting on its investigation into the Cosco Busan allision.  The goal of which, was to formally cite the probable...

Join the 71,252 members that receive our newsletter.