The transaction represents an enterprise value of $1.07 billion (EUR768 million), including $136 million in net debt and is expected to be completed in early 2012, Technip said.

The move positions Technip for the fast-growing subsea markets, which is recovering following the 2010 oil spill in the U.S. Gulf of Mexico. 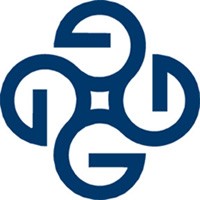 Global Industries provides subsea construction and pipelay, engineering, project management and support services and operates in major subsea territories, such as the Gulf of Mexico, the Middle East and Asia-Pacific region. Technip believes the acquisition will broaden its business and range of services in the subsea market which it expects to show fast growth in the coming years.

Carlyss, Louisiana-based Global Industries was vulnerable to a takeover after suffering from the drilling suspension in the U.S. Gulf of Mexico following the Deepwater Horizon accident, said Cheuvreux analyst Geoffroy Stern.

“With its strong focus on the U.S. Gulf of Mexico, Global Industries clearly has clearly suffered from the slow permitting in the Gulf of Mexico, while in Asia and the Middle East, the company has some difficulties to face a very competitive bidding environment,” Stern said. He rates Technip at outperform.

In 2011, Technip forecasts subsea operating margins between 16.5% and 17.0%, from initial expectations of a margin above 15% and expects onshore/offshore combined operating margin between 6.5% and 7.0%, after an initial target of between 6.0% and 6.5%.

Technip said it expects the deal to boost its earnings per share by 5%-7% in 2013 due to revenue from combined projects and at least $30 million in cost synergies from public company costs, real estate, fleet optimization and purchasing.

As for financing the deal, it will use existing credit lines and its own cash, and even though the price seems at the top of the current merger and acquisition trends, “Technip is using low yielding cash to acquire a complementary business which enlarges and consolidates its position in the rapidly growing subsea market,” Evolution’s Morris noted.