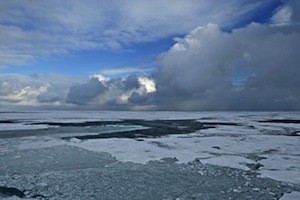 WASHINGTON (Dow Jones)–Environmental groups have filed a formal challenge to air-quality permits that Royal Dutch Shell needs to drill for oil in the Arctic.

The challenges, filed Monday, represent the latest effort to block Shell from drilling off the coast of Alaska and could derail the company’s plans to begin exploring the region in 2012.

The permits under question were approved by the U.S. Environmental Protection Agency in September. The permits allow Shell to use the drillship “Discoverer” and a fleet of icebreakers and other vessels in the Chukchi and Beaufort Seas.

The environmental groups, led by Earthjustice, say the permits granted by EPA don’t protect air quality. They filed a petition with the EPA’s Environmental Appeals Board.

Shell spokeswoman Kelly op de Weegh said company executives “believe the EPA conducted a thorough technical analysis before issuing this air permit, and we expect the permit to be upheld by the Environmental Appeals Board.”

Environmental groups have launched several challenges to Shell’s plan to drill in the Arctic. In September, the groups sued the Interior Department for approving the company’s exploration proposal for the Beaufort.

Monday’s challenge marks the second time Shell’s air-quality permits have been appealed. In 2010, environmental groups and Alaska Native groups successfully blocked an earlier set of permits, forcing the EPA to amend the permits and re-issue them. The amended permits are being challenged today.

On Friday, the EPA approved a separate permit for Shell, allowing the company to operate a drill rig known as “Kulluk.”

Unlike drilling projects in the Gulf of Mexico, where the Interior Department is responsible for clean-air permits, projects in the Arctic require approval from the EPA.

Republicans on Capitol Hill have started to take notice of Shell’s struggles. The Republican-controlled House of Representatives approved a bill in June that imposes deadlines on U.S. regulators to approve or deny permit applications. The Senate has not yet taken up the bill.

Shell has said it wants to begin exploring for oil in the Arctic in the summer of 2012. It will have to reconsider those plans, however, if environmental groups are successful in blocking the air-quality permits or delaying a review of them.