By Brendan Murray (Bloomberg) The Port of New York and New Jersey is working to clear a small but rare bottleneck of container ships anchored off the coast of Long Island as Covid-19 cases among dockworkers collide with a pandemic-fueled surge in cargo volumes.

“We have seen a spike in the number of labor going out into quarantine,” Port Authority Director Sam Ruda said in an interview this week. The average wait at anchorage for container carriers was 4.75 days in the final week of 2021, compared with an average of 1.6 days for all of last year.

Related Book: Outside the Box: How Globalization Changed from Moving Stuff to Spreading Ideas by Marc Levinson

Jim McNamara, a spokesman for the International Longshoremen’s Association, said in an email that the number of its members unavailable to work because of Covid is running about 350 a day. Still, he called the impact “slight” because some crews are returning from quarantine or illness and others are available from cruise-ship terminals.

The New York area’s port terminals, the busiest on the East Coast, have largely avoided backlogs like those gripping the twin gateways of Los Angeles and Long Beach, California, where scores of vessels are still running into delays of more than three weeks to offload.

Ruda credited the waterfront workforce and other stakeholders that run 24-7 operations for keeping short the anchorage waits for New York. But some factors have converged to require the queue: omicron’s spread across the region, year-end holiday time off for workers, and an increase in charter vessels needing one-time berth space.

Add those issues to what was already a busy 2021 and a backlog was unavoidable. The port has been running at full capacity for almost two years, handling almost 27% more volume in November 2021 than it did in November 2019.

“We’ve essentially had five years of cargo growth in the space of 18, 20 months or so,” Ruda said.

The number of containers per ship visit is also notable. From January through October last year, the New York-New Jersey terminals greeted 298 vessels capable of carrying 10,000 to 15,000 20-foot containers, up from 55 four years earlier, when a $1.7 billion project to raise the Bayonne Bridge to accommodate those bigger vessels was completed.

Ruda said the port started 2022 with 12 to 13 ships at anchor and by the middle of this week, the tally was down to nine. By mid-afternoon Friday — as a snowstorm interrupted operations — the port listed 11 ships at anchor.

“On an order of magnitude, it does seem quite small, but it does have our attention,” he said.

Meanwhile, on the West Coast, there aren’t many visible signs of improvement despite the Biden administration’s intervention to unclog the pileup. The average wait for berth space for ships arriving into Los Angeles hit a record 23.4 days this week, up from 20.9 on Dec. 1, when President Joe Biden called for better coordination and faster movement of goods through the nation’s ports.

West Coast shipping snarls started in November 2020 under then-President Donald Trump and still haven’t been cleared amid surging import volumes, labor shortages, and insufficient equipment like containers and the truck trailers needed to move them.

As of late Friday, there were 105 container vessels lining up to enter L.A.-Long Beach, up from 91 on Dec. 29, according to the Marine Exchange of Southern California.

Such congestion strains ocean shipping capacity and helps push up the cost of transporting goods from Asia to both major U.S. coasts, ultimately spelling higher costs for American companies and consumers.

The Drewry World Container Index showed the spot rate for a 40-foot container to Los Angeles from Shanghai rose for a fourth straight week, to $10,520, in the week ended Jan. 6. The rate for Shanghai to New York increased to $13,518, the highest since late October.

Join the 75,552 members that receive our newsletter. 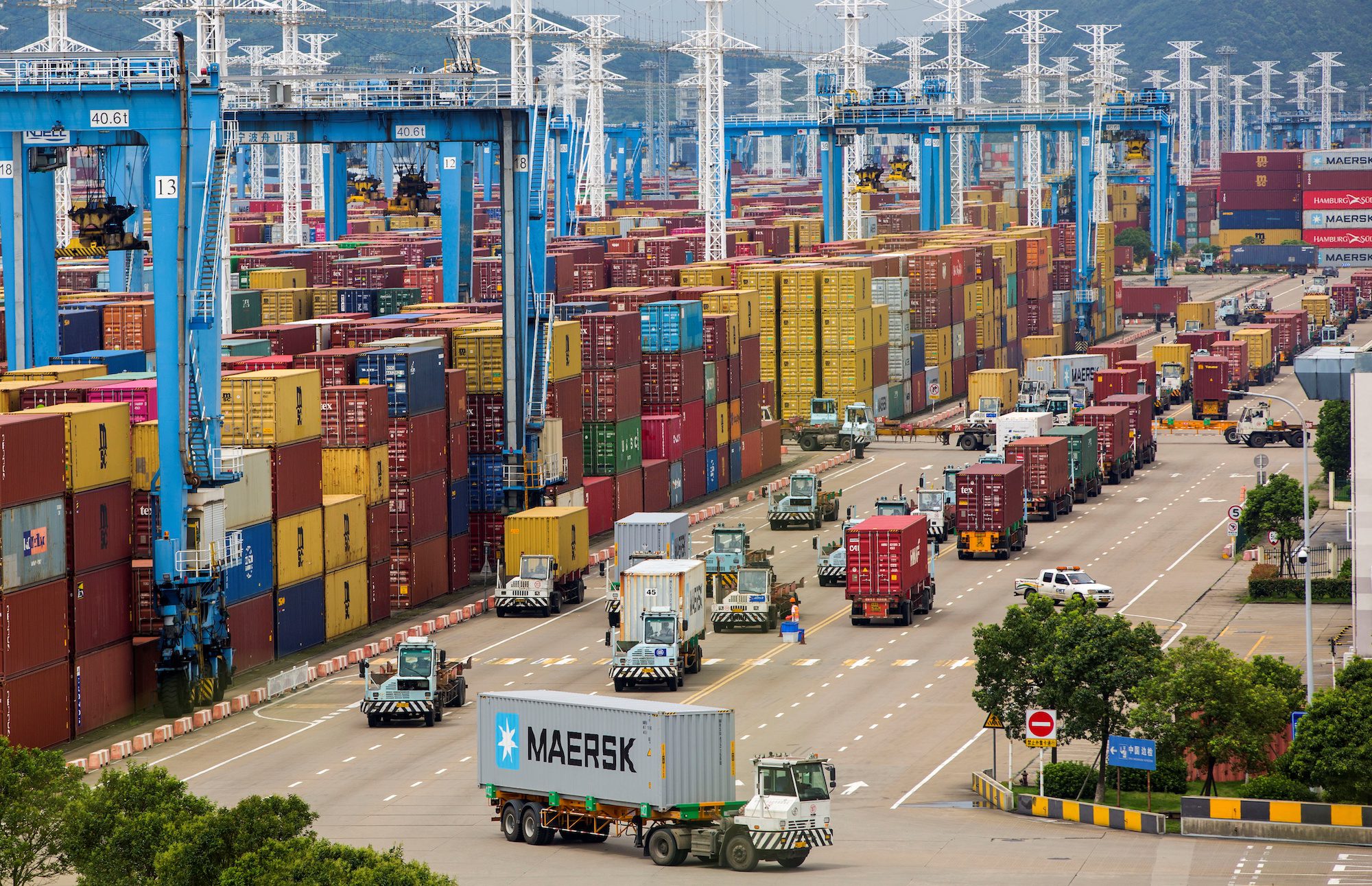 Dan Murtaugh (Bloomberg) A suspension of trucking services in several parts of East China’s Zhejiang province has slowed the transportation of manufactured goods and commodities through one of the world’s...

By Ian Putzger in Toronto (The Loadstar) – US hauliers fear an empty-container dwell charge at the port of Los Angeles will see shipping lines delay the return of boxes to the...