by John Konrad (gCaptain) The chairmen of six congressional committees wrote a letter to Department of Transportation Secretary Buttigieg in response to Midshipman X’s allegations of rape aboard a Maersk ship. The letter calls for the resignation of Vice Admiral Jack Buono, Superintendent of the US Merchant Marine Academy. It also describes the broader maritime industry as a toxic work environment and calls for the immediate suspension of cadet shipping nationwide.

It is not clear if this letter is just a suggestion or an order from Congress. It is also not clear if the letter pertains only to USMMA cadets or also cadets from the nation’s six state maritime academies which also face allegations of harassment from Maritime Legal Aid (MLA), the website that published Midshipman X’s report.

CC’d on the letter is Lucinda Lessley, acting administrator of the US Maritime Administration (MARAD). In addition to the Midshipman X scandal, MARAD and the Biden administration have been under fire recently for taking no action to solve the worst shipping crisis in decades and for appointing a new chief with zero industry experience to take over for Lessley.

The following is the letter in full:

We are very concerned with the recent allegations of sexual assault by a female cadet at the United States Merchant Marine Academy (USMMA) during her Sea Year experience in 2019. This brave female cadet not only shared her story on the terrible circumstance she endured while at sea, but also detailed alarming statistics regarding the number of other female cadets within her class who have also been harassed and assaulted. In response to the blog post, there have been countless other brave individuals who have come forward to share their personal stories during their time at sea. This incident sheds light on the toxic culture not only at USMMA, but within the maritime industry where cadets and mariners are in danger and have no escape from their perpetrators.

In 2016, the Department of Transportation (department or DOT) stood down the Sea Year program to implement changes to better protect students. But those changes clearly did not work, and we are concerned that the cadets remain in danger.

Despite the recent allegations, it has come to our attention that DOT is considering sending cadets back to sea on commercial vessels in a matter of weeks with few meaningful changes or safeguards in place. While we understand that improved communication devices would be provided to each student, this course of action on its own falls short and is unacceptable. Since the Department has given no indication that meaningful and necessary steps have been taken to ensure the safety of cadets in the Sea Year program, we believe the USMMA should not proceed with Sea Year this term. Prior to the resumption of Sea Year, we request the USMMA develop a public written action plan that includes detailed steps that will be taken to ensure the safety of cadets at sea.

While we understand the importance of a timely graduation for USMMA cadets, the safety of those same cadets should be your top concern. We stand ready to assist the Department in ensuring a complete educational experience and a timely graduation.

Furthermore, we believe there needs to be a change in the leadership of the USMMA. Vice Admiral Joachim Buono, USMMA Superintendent, has failed to take seriously the safety of his students and has not demonstrated a commitment to change the toxic culture at the Academy and during Sea Year. Superintendent Buono must be removed from his position.

We expect the department to adopt robust policy changes before the Sea Year program can resume. The maritime industry and United States Merchant Marine are a vital part of our national security and our nation’s economy. Sexual harassment, sexual assault, and other offenses are

intolerable, and the department must take immediate and long-term action to stop these offenses to protect the cadets of the USMMA, both at the Academy and at sea.

You can read the full letter HERE.

If college students are not allowed to gain sea time aboard commercial vessels, their only option is to sail aboard MARAD’s fleet of training ships. One senior government official says there is talk of USMMA sharing the State University of New York’s new $300+ million federal training ship. However, that ship will not be delivered until early 2023, and Maritime Legal Aid raises serious questions about sexual harassment aboard training ships as well specific allegations of a coverup by SUNY Maritime’s Deputy Commandant, Captain Catie Hanft, USN (ret), aboard the school’s current training ship TS Empire State VI.

1) In the past 30 years, not a single person working or training aboard a USCG documented training vessel owned and operated by a U.S. maritime academy has made an allegation of sexual assault that occurred onboard the vessel or ashore, or

2) U.S. maritime academies and the masters of the martime academy training ships have been willfully violating the federal shipboard sexual assault allegation reporting requirement defined in 46 USC 10104, and they have been covering up sexual assaults and hiding them from law enforcement.

Despite the fact that SUNY Maritime’s training ship is owned by MARAD and is under the command of a captain in the US Maritime Service – the uniformed arm of MARAD – Lessley’s office has directed gCaptain to send all inquiries about the MLA allegations of sexual violence aboard training ships to the state schools which operate them.

“We are saddened to learn of the experiences that members of our community have shared on the Maritime Legal Aid site,” said Rear Admiral Mike Alfultis, superintendent of SUNY Maritime in a statement to gCaptain. “We condemn the actions of those who may have caused harm to any member of our College community. Reports of sexual violence and related crimes are thoroughly investigated in accordance with SUNY Policies, Federal (Title IX), and NY State law. We remain steadfast in our commitment to promptly respond to and address complaints that are reported, as required by Title IX.”

If sexual harassment and rape allegations are being reported by college students in both cadet shipping billets and aboard federal training ships, it is unclear what other options US maritime college students will have to get the sea time required to become officers in the US Merchant Marine. 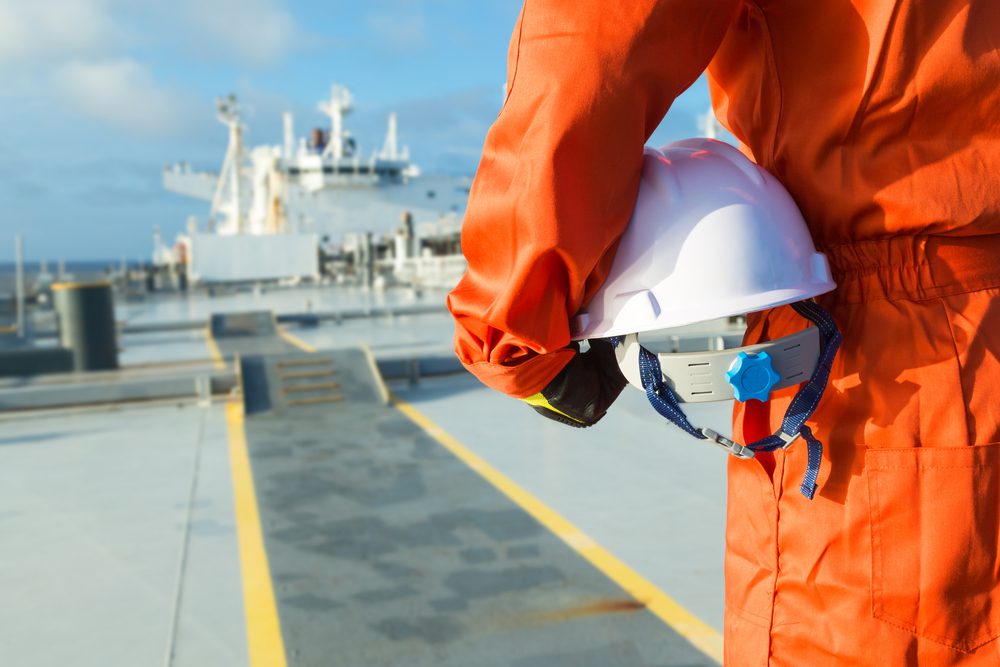